What’s On Tonight: ‘The Big Bang Theory’ Goes On A Road Trip And ‘Blindspot’ Gets Even More Complicated 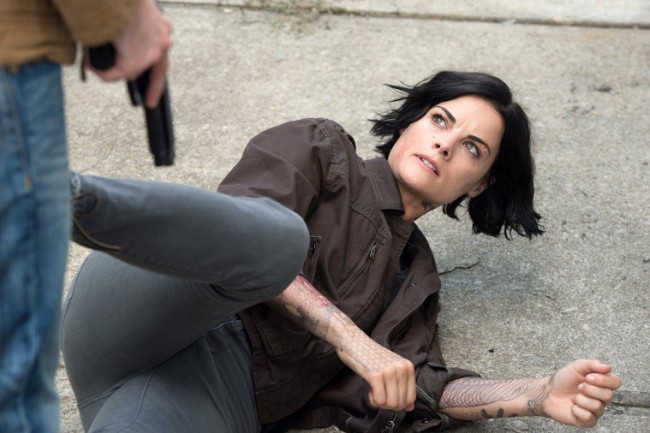 Dancing with the Stars (ABC, 8 p.m.) – We look back at memorable moments in the contestants’ lives as an elimination occurs, and Alfonso Ribeiro officially fills in for Tom Bergeron.

Gotham (Fox, 8 p.m.) – A magic show at Gotham Children’s Hospital abracadabras into a hostage situation, and Gordon faces off with a nemesis from his past.

The Big Bang Theory (CBS, 8 p.m.) – A belated bachelor party in Mexico hits a snag (or, more accurately, a flat tire) while Penny feels the pressure to fess up to her family about her elopement with Leonard.

The Voice (NBC, 8 p.m.) – Blind auditions continue and the judges make their final picks to complete their teams.

WWE Monday Night Raw (USA, 8 p.m.) – Brock Lesnar’s Hell in a Cell match with The Undertaker is pretty much all anyone can talk about.

Awkward (MTV, 9 p.m.) – Jenna gets the brilliant idea to confront all of her exes after Tamara accuses her of purposefully sabotaging relationships.

Minority Report (Fox, 9 p.m.) – Vega works to get Dash a job as an analyst for a new police program that monitors suspicious behavior while they team up to investigate Arthur’s sketchy activities.

Scorpion (CBS, 9 p.m.) – The team thinks it’s a good idea to send the germaphobe with OCD issues to prison in order to save the lives of three judges.

NCIS: Los Angeles (CBS, 10 p.m.) – A famous model, who may or may not have survived a Peruvian massacre 20 years ago, is being targeted, and the team poses as her posse in order to protect her.

Blindspot (NBC, 10 p.m.) – Jane’s role on the team is questioned as a man from her past shows up and she discovers she has the same tattoo as a recently captured jewel thief. (Man, I hate when that happens.)

Castle (ABC, 10 p.m.) – A frat bro is murdered in a pretty gruesome way, so Castle goes undercover as a professor in order to expose the university’s secrets.