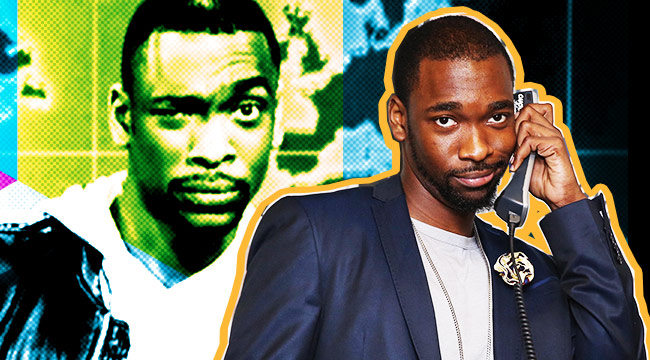 When Jay Pharoah debuted on Saturday Night Live in 2010, he brought with him the hope that he would be the latest dynamic star launched by the show, a notion fueled by his uncanny impressions and energy. The guy had, and still has, star power, but after six seasons, executive producer Lorne Michaels decided to cut him from the cast alongside Taran Killam despite their longevity and place as reliable parts of the ensemble. Was it a good move for the show? Time will tell.

More than Killam — who will be remembered more for his abilities as a valuable utility player than his recurring characters — the book on Jay Pharoah’s Saturday Night Live legacy isn’t complete until we see how the show navigates his absence this season. In fact, that’s suddenly one of the biggest challenges that the show will face in its 42nd season as it undertakes its annual campaign to stay culturally relevant.

Think about the Presidents that Saturday Night Live has been presented with over the last 20 years. Darrell Hammond had Bill Clinton, a slick playboy that wanted to empathize your pants off, and Will Ferrell had George W. Bush’s wild ride through the English language and his “have-a-beer-with-him” frat boy charm. These Presidents came across like pre-constructed characters before SNL got its hands on them. Barack Obama, however, possesses a calm coolness that’s hard to lampoon.

Key & Peele‘s Jordan Peele and Keegan-Michael Key probably had the best take on Obama, but that’s only because of Luther the anger translator, a direct commentary on Obama’s seemingly absent temper. To do a memorable, straight-up impression of Obama that resonates is something that only Jay Pharoah has been able to accomplish in mainstream pop culture, and that’s due to his commitment to nailing Obama’s mannerisms and cadence. Instead of creating an exaggerated representation, Pharoah decided to play Obama as a comparative straight man to the show’s broader takes on Mitt Romney, Joe Biden, Hillary Clinton, and Donald Trump. It’s a strategy that served the show well, and one that could have been of great use as this bizarre election heads for the home stretch and Barack Obama constantly finds himself being pulled into the debate by Trump. Now, though, SNL will roll the dice on another performer being able to match Pharoah’s level of artistry or they’ll just keep Obama off the screen (as they did all of last season) as he heads into his lame duck phase — neither option is encouraging.

So Long, Jay-Z And Kanye West

While President Obama is, admittedly, fading from the fore of American politics and culture (and thus, his place on the SNL food chain), Kanye West and (to a lesser extent) Jay-Z remain as fascinating pop culture staples that have long been a big part of the mainstream. Since his start on SNL, Jay Pharoah has been able to embody West, Jay-Z, Drake and other hip-hop stars, giving the show’s writers access to the hip-hop world and the younger audience it attracts. Without Pharoah or a cast member who is equally versed in nailing down the idiosyncrasies of hip-hop’s biggest stars (a huge challenge considering Pharoah’s mastery), SNL runs the risk of seeming out of touch when Kanye or another star makes news. That’s an unenviable place to be in the viral/social media era.

In Lorne We Trust

Were the consequences of Pharoah’s exit accounted for when Lorne Michaels made the decision to cut him from the show? Perhaps, but it’s fair to wonder if Saturday Night Live (and Michaels) simply feels bulletproof thanks to the show’s mainstay status and star-making track record. He’s always been more right than wrong. After all, the institution that is Saturday Night Live has never been done in by being second to a joke or down a cast member. Countless competitors have put out better, smarter, and edgier content only to eventually fade away, and the show has lost its biggest stars numerous times. Saturday Night Live endures and we endure it, even when it makes it hard on us (and itself) for reasons that are a little bit mystifying. In Lorne we trust, though. Forever and ever, amen. I guess.