What can $20 get you these days? If you’re chilling at a Starbucks, you can enjoy approximately one designer drink and a ham-stuffed baguette; If you’re at a 7-11, you can buy a week’s supply of nachos. But what if you want to make your dollar stretch farther and wider than it ever has before? How can you allow a 20 dollar bill to sprout wings and fetch you items that your friends and family will covet so bad they might actually consider murder? Simple! Head on over to Amazon, where good times are sometimes less than a two-day delivery away!

Here are things you absolutely need to survive in 2016:

Remember when you were a kid who wanted a label maker more than anything else in the word? Yeah, you were a weird kid, but that’s okay. Most of us still want one of these bad boys now that we’re adults. A label maker, though, is one of those confusing items you always assume costs more than it does. Ask anyone how much they think one might go for and they’ll tell you a number anywhere between 40 bucks and 200 dollars. With six fonts, eight sizes, and literally millions (200) symbols, not buying this and labeling everything in your home is criminal.

One lesser-known fact about the Samurai is their fondness for LED wristwatches. All about being promt, those guys. Sometimes, before unsheathing their swords, Samurai would even pause battle so that everyone could take their watch off and put it into their armor where it’d be protected even if they weren’t. If a Samurai died in battle, the watch would be sent back to their families and passed down through generations.Now you can own a piece of history with this beautiful replica (which tells you the time in both 12 and 24 hour formats) that lights up. Just like in olden times!

What are you going to do with 1500 live ladybugs? Free them! Bask in them! Love them! How hard will it be to pass up the offer? Impossible. If you don’t start every story with “I was ordering 1500 live ladybugs from Amazon the other day and…” from now on, you’ll regret it forever.

Can you put a price on science and education for the whole family? Yes, actually, it’s $5.75 plus $4.50 in shipping and handling.

Make waking up a game (an awful, deadly game, but still) with an alarm clock you actually have to shoot! Will you use this? Maybe. Should you buy two so you can play modified laser tag? Absolutely. Or give one as a gift — you’ll be the hit of any party with this wacky present! “Man, did you see what Ron brought?” people will whisper in little groups. “An alarm clock you shoot! That guy is a total badass and also very warm and relatable! I bet women want to make sex with him all the time!”

You can’t buy that kind of reputation. UNTIL NOW.

“Man, this hamburger is delicious.”

“Thanks, I shredded it with my own two claws!”

Start every day off right! People love bacon! Internet loves bacon! Must bacon bacon bacon! Where will it stop? Not until we’re all sleeping on a bed of bacon with bacon sheets and washing the grease from our bodies with bacon soap.

If you were making a list of “things that are literally the coolest and for which shopping on the internet was designed” and don’t put syringe pens in your top 10, you need to look at your life and your choices. Of course, if you’re making such a list you should also look at your life and your choices. And then make another list that’s like “goals” or something. Write that list with your syringe pen. Which you have an assorted pack of. And can gently stab the paper with. Maybe put “be a doctor for Halloween if I can’t get into medical school” on the goals list.

This thing may look small and inconspicuous but it’s one of the best ways to fall asleep/have a dance party (whatever you’re in the mood for). Need a romantic interlude for 2-5? There’s a setting for that! Need some high-energy fast-paced lightning to show off your fan kicks? There’s a setting for that, too. You can also plug in your own music, but it’s a party toy you bought for less than 15 bucks, so don’t expect to be wowed. Just focus on the lights.

Want to let people know you’re a big baller who’s serious about partying? Don’t spend thousands of dollars pimping your car. Just buy these two dollar LED valve caps and take ’em out for a spin. Hey, if they don’t turn you into the life of the party at least you can take all the money you didn’t waste putting suicide doors on your whip (1998 Toyota) and buy yourself more syringe pens. Or bacon.

What are you gonna do when the world ends and you have to survive by drinking dirty toilet water and mud? How will you handle your next camping trip if you don’t have a clean water supply? How do you safely drink the water that you’re pretty sure has been sitting stagnant on your dining room table for weeks (based on the little waves the bacteria gives you when you pass by)? Drop $20 on Lifestraw and never be tricked by liquids again!

Hate how your headphones get tangled up and having a bad hair day? Then this beanie, which will not make you look weird at all, is for you.

Valentine’s Day is coming and you’re all alone? Forget your troubles with this doughy piece of rubber you can watch balloon to many times its original size in a bowl of water. (Just like a real boyfriend.) Girlfriend also available. This also makes a fun gift to give someone who you literally don’t care about at all.

Pair these with the “music” beanie and the Aurora lights and you’ve got a really exciting party for one any time you want it.

Let’s be honest: You had no idea this was a thing and buying this will be the closest you’ll ever get to being on CSI. Perfect for gifts, according to Amazon! Oh, and spoiler alert: there’s pee everywhere. F*cking everywhere.

You’ve meant to get one of these for years. Now you can finally stop singing Jordin Sparks songs without accompaniment as you cleanse your most delicate parts.

What better way to remind yourself that it’s bacon time every time you accidentally injure yourself? Novelty bandages are some of the only ways we can distinguish ourselves these days, so why waste your injuries on boring bandaids? Get creative. Make superficial wounds less painful by reminding yourself that delicious charred flesh exists for your consumption! 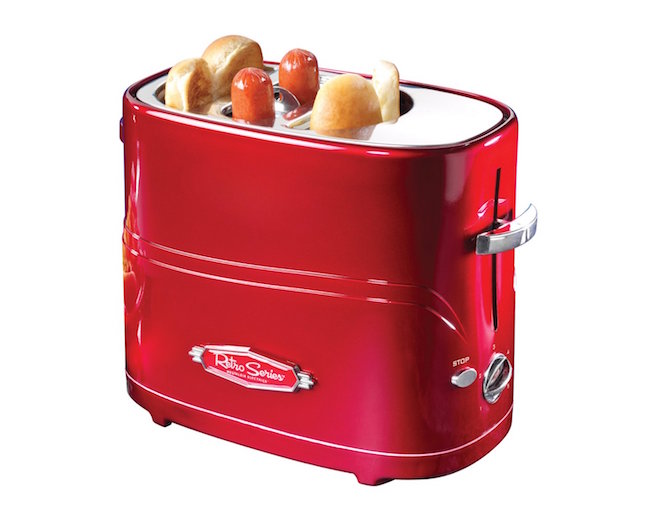 What a time to be alive!

Pets deserve dignity, too. Don’t let your dogs (or other small furry friends) suffer in the rain while you waltz around with your umbrella reminding them that you’re better than they are. Grab one of these babies, put your own umbrella in the other hand (or in the same, if you can handle the intensity) and then go out for a walk looking like you’re Mary Poppins and mayyyybe know magic.

What sort of assh*le has the time to slice a banana? Forget that. Teach your kids about the joys of dismembering fruit without all the mess by passing them one of these. It’ll keep them occupied for hours. 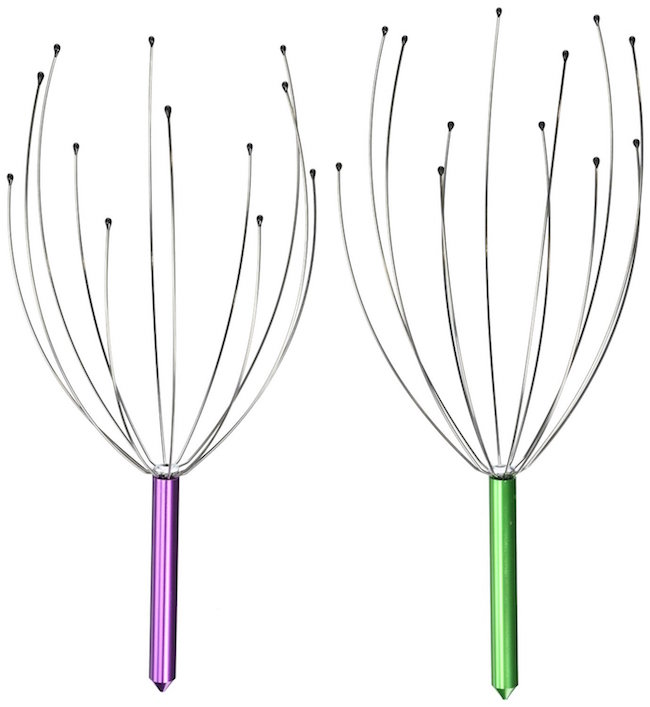 Can’t afford a professional massage? Don’t have anyone to touch on your head and make you shiver? Deliver the ultimate pleasure to yourself for less than $2. Or at least the ultimate pleasure that sells on Amazon. If you’ve never tried one of these things (or tried to buy one at Brookstone for about $70), this model is an excellent entry point into the exciting world of scalp tingles.