These Instagram Accounts Will Inspire You To Seize The Summer

Summer’s almost over, people. The window is closing on those camping trips you’ve been trying — half-heartedly — to plan with your friends. That five-day backpacking expedition into Yosemite or semi-legal bonfire on a barren East Coast shorefront needs to happen now.

Earthquakes are coming, sea levels are rising, Yellowstone might explode…It’s time to live while the living’s good. Embrace your inner vagabond and go. It’s time to shake up the normalcy you’ve begrudgingly come to accept. You’ll be hard-pressed to wipe the grin off your face when you finally settle down at night, smelling of campfire.

The following 17 people do a better job than most of sucking “the marrow out of life” — brace yourself to stand on their shoulders. Step away from the keyboard, pack up your car, unsettle down, and get the f*ck out there.

At 821 followers by press time, Baldemar has been flying under the radar, but we at Uproxx don’t imagine that will last for long. He recently taught us how to take better photos and photographed our trip to Vernon, California. The man stays true to quality with captivating compositions and an elegant use of light. His images are warm in a way that welcomes you along, but mysterious enough to coax you out of your comfort zone. 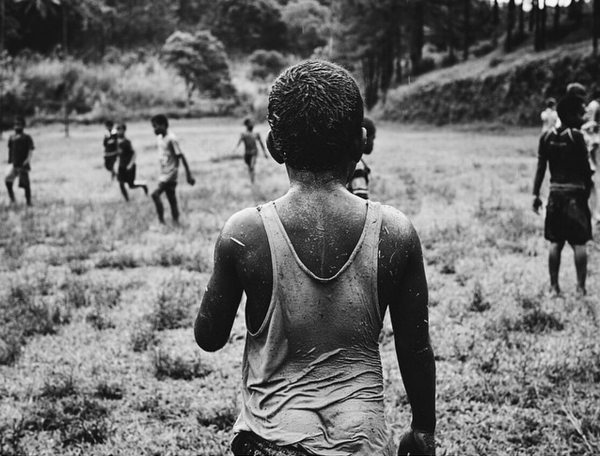 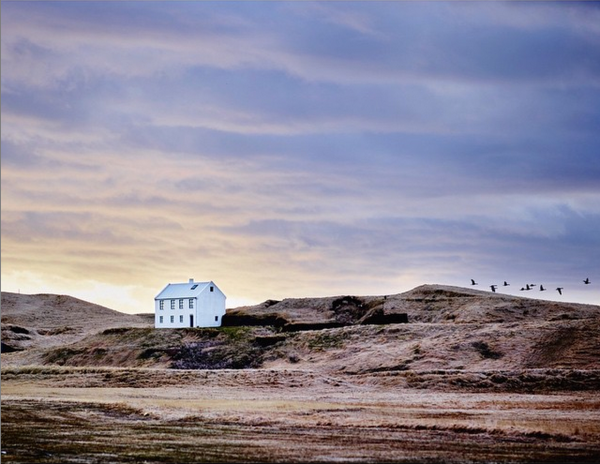 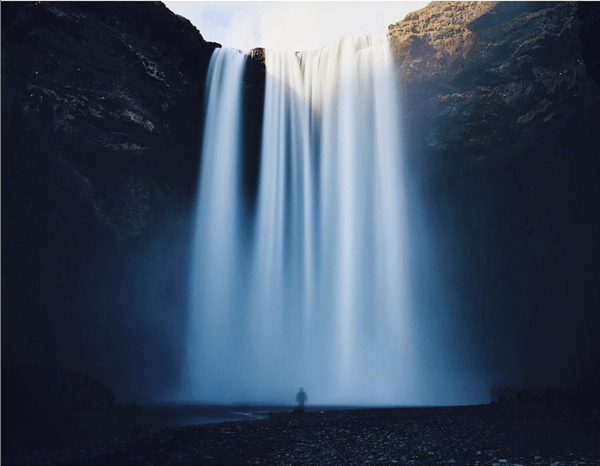 The mission of this collective account, as stated on gldmne.com, is to kindle humanity’s search for self-discovery not through material acquisitions, but through exploration and celebration of the world beyond the familiar:

“What we continuously seek, time and time again, is not wealth in gold, but wealth in knowledge. Created by one traveler for another, GLDMNE is a place for knowledge of places once visited and inspiration for places to go, in hopes the light will spark and further journeys will ignite.”

Sounds good to us.

Cyrus Sutton is the creator of such surf-doc classics as “Stoked and Broke,” “Compassing,” and the yet-to-be-released-but-sure-fire-classic, “Island Earth.” Past generations had Bruce Brown and Taylor Steele, but Cyrus is the wayfaring surf-vagabond-filmmaker of our time. He’s tough to keep up with, but you’d be doing yourself a disservice if you didn’t try.

According to her website, swellvoyage.com, Liz has been traversing the world’s oceans aboard her 40-foot sailboat since 2006. Her adventure grows and changes with her as she enlightens us about reduced footprint traveling and healthier living. Liz actively exhibits the potential in each of us to discover the self-confidence we didn’t know existed. Fact: If hearing her story of crossing the Pacific doesn’t inspire you to test your own boundaries, you might have gotten a touch too jaded.

5) Max Lowe | @Max.Lowe Max’s warm-hearted approach to his craft has been a guiding force for other artists for some time now. As breathtaking as his words and images are, they still seem attainable; like something you could recreate on your own. Never self-aggrandizing and forever humble, Max is too good to know he’s great. Image after image and word after word, he presents his adventures in a way that leaves you thinking that maybe — just maybe — you could do the same thing. 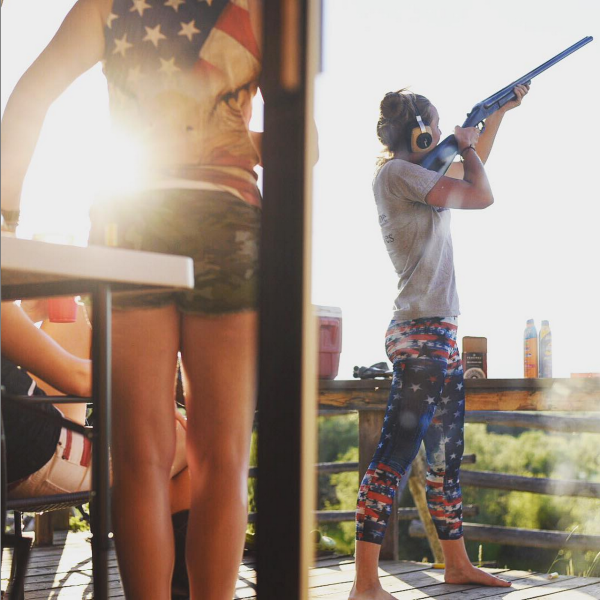 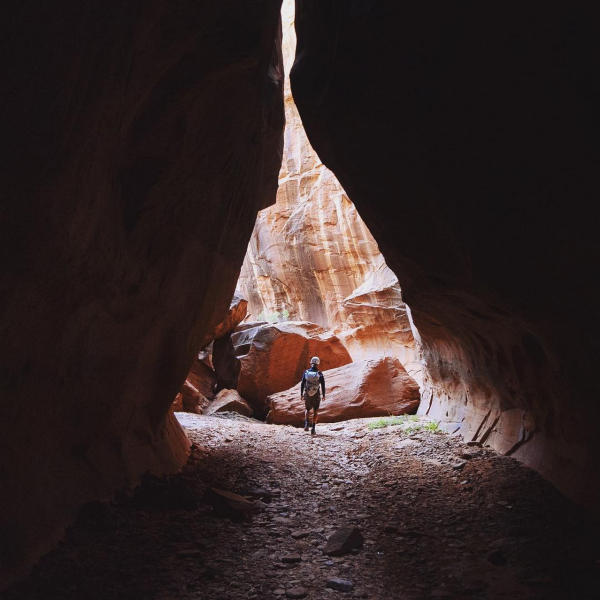 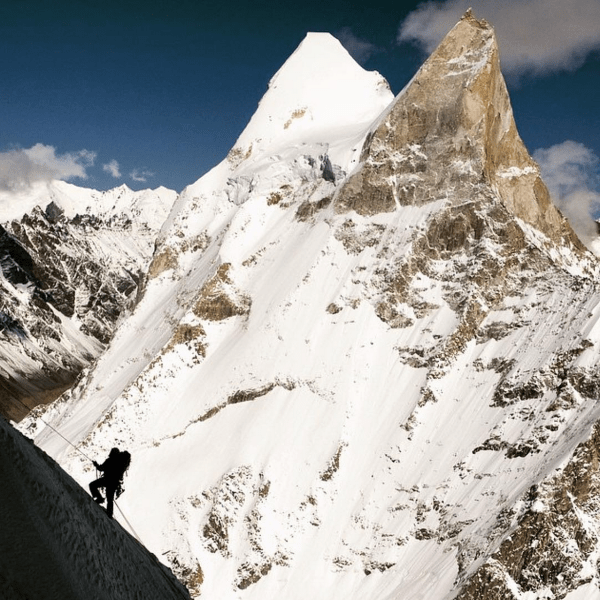 6) Chris Burkard | @chrisburkard Is it just us, or is a positive message to humanity universally associated with people who have seen a fair bit of the world? It’s like they know something the rest of us don’t. Somewhere along the line, they seem to have seen something that gently shifted their worldview away from the cynicism and ill-fated irony the population at large grips tight. In short: Chris Burkard “gets it” and his images constantly remind us how amazing this world of ours is.

When we imagine our next set of travels, it’s easy to romanticize riding a motorcycle with a knife in our teeth and a bottle of whiskey in our hands, throwing caution to the 100 MPH crosswinds as we blaze a solo trail across the savage terrain. But Murad’s account, and the now-viral hashtag of #followmeto, is a reminder of how amazing traveling with a significant other can be. With a little love peppered in, the entire experience changes. You’re seeing the world in a way that the solo, knife-biting, motorcycle crowd won’t be able to.

Surfing, skateboarding, van-living, motorcycle riding, beer drinking, and Polaroid shooting… Dylan seems to have found the Neverland we all dream about. Count us in, pirates be damned.

Sure, there’s some Photoshopping involved, but a beautiful image is a beautiful image, and in the case of Dylan’s account, there is beauty-a-plenty. Some of his skydiving images look like screenshots from Halo.

Edward Hibbert’s character in The Prestige said that if your trick is too good, “We’ll have to dress it up a little. Disguise it. Give them enough reason to doubt it.” The photo savvy adult might see the doctoring here, but the 6-year-old kid inside us all is 100 percent convinced it’s real and feels full of wonder. This time around, follow the kid.

“Each day, Riley lives his own dream. As a well-respected stuntman, Riley travels the world driving, riding motorcycles and taking hits as a stunt double for some of Hollywood’s biggest stars.”

Not only is Lee actively checking out the world, she is doing it with an eye for simplicity, color, and composition that most other photographers strive for. She also showcases other travelers on her website, spiritedpursuit.com. Lee’s account is a reminder to take note of the simple things and to keep an ear perked for stories. She lives an amazing life in her own right, but also maintains an unwavering interest in what others have to share. 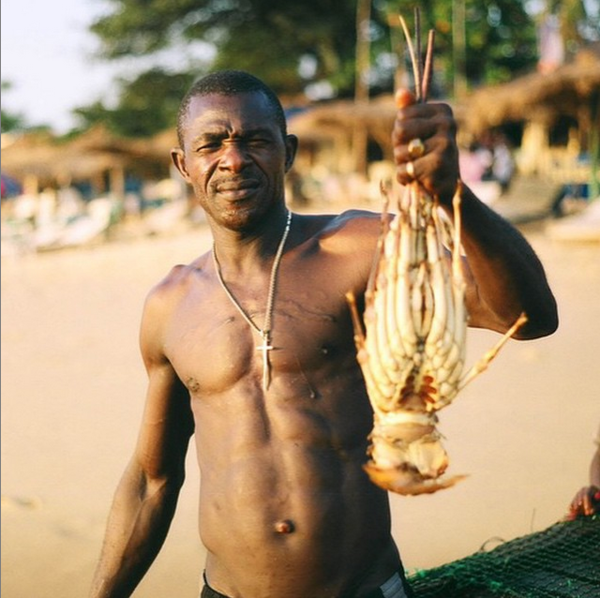 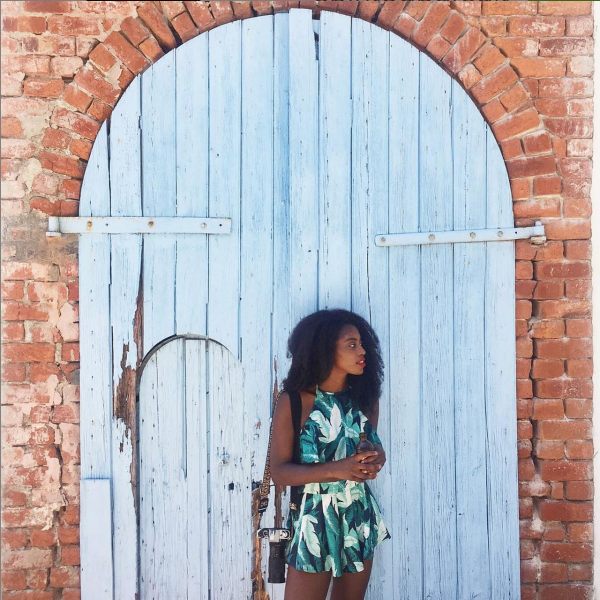 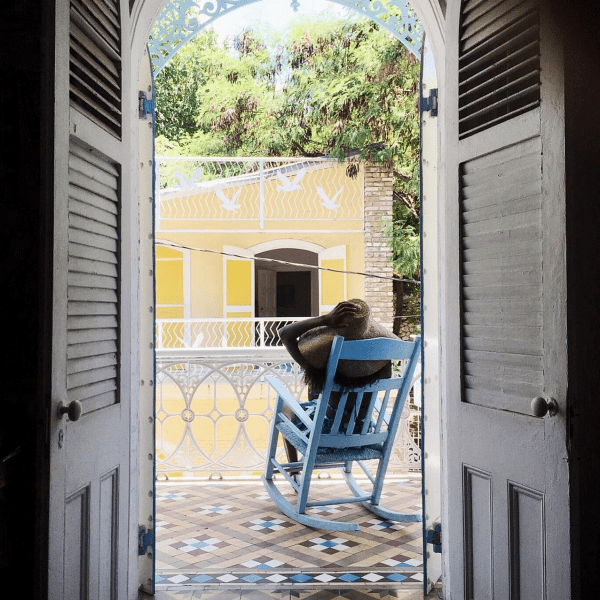 Do you want to know what markets to go to in Hoi An, Vietnam? How about where to do yoga in Brisbane? Katie has the answers, and she continues to wander the globe and take note of what we should all try/explore/experience. Katie has taken the time to do what few travel bloggers do: She leaves breadcrumbs. In 2011, she left Australia to go work a marketing job at a nameless airline in London for two years, only to walk away from the desk not long after to travel the world. She has been globetrotting ever since, leaving free travel guides in her wake to help us along.

Mitch and his girlfriend (@CleoCohen) have been traveling the Australian countryside in their custom-built adventure-mobile for quite some time, but their account is our new favorite addiction. They’ve found comfort in their mutual restlessness and encourage us with gorgeous imagery. It’s the kind of encouragement that seems doable, with postcard-quality images that we all long to place ourselves in.

Matt started living the #vanlife long before it was in vogue. According to his website, he hit the road almost 830 days ago. He scraped together his savings, bought his van (a 1986 VW Vanagon named “Donnie”), and moved…then kept moving. Matt has never mentioned an end date or potential retirement from life-in-motion. The stories he’s written on his website, 63MPH.com, show in beautifully accurate detail what it’s like to live life alone on the road. He writes of chance encounters and moments of doubt and fear that will jerk tears out of your withered ducts.

Courtney puts her roaming life and insider info from her Web series (GlobeTrot) on display. She explores food, events, things to do, and fashion in corners of the world that most of us haven’t had a chance to get to. For insight on where to go next, Courtney’s your girl. 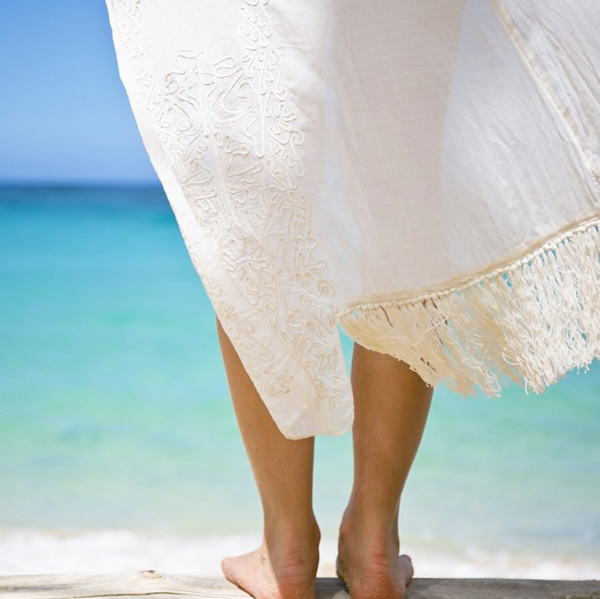 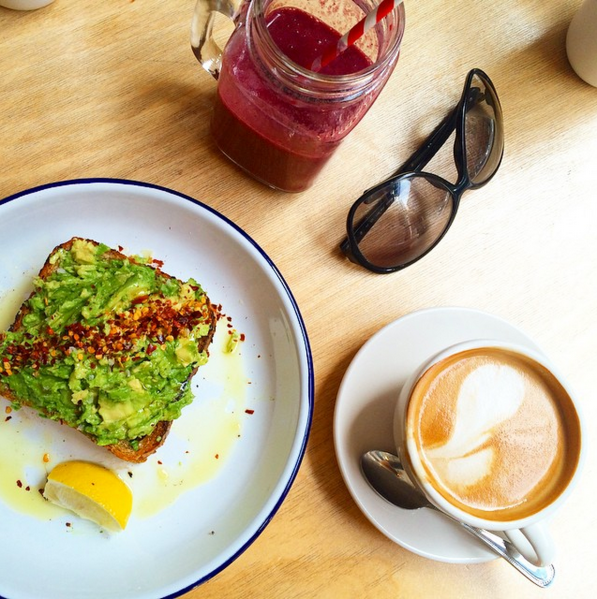 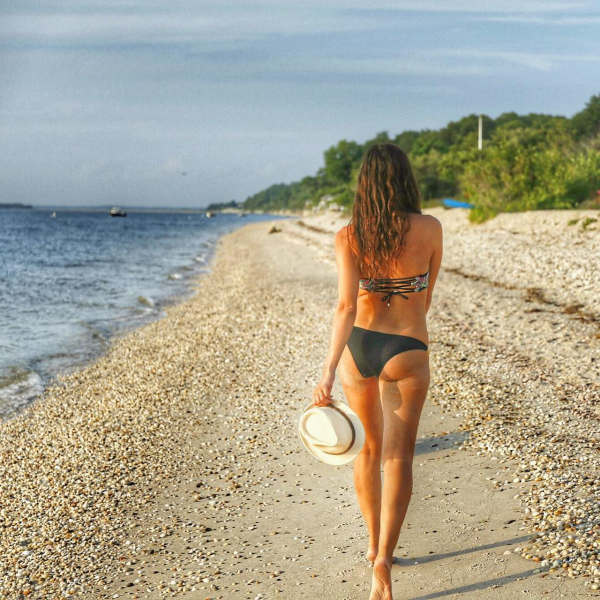 Two years ago Parker Hilton [the author of this list -ed] was getting up every day to work at fashion studios in New York. When he stumbled on some accounts like the ones listed above, a bag was quickly packed, some phone calls were made, and he stopped showing up for work. Over the last 30 months he’s traveled to 17 countries and documented the entire journey.

Currently, Parker finds himself remodeling a 1987 Chevy G20 — named Scarlett Jovanson — and gearing up to hit the road for an undetermined amount of time with his girlfriend and her dog. His account is an exploration into what a life in perpetual transition can become. 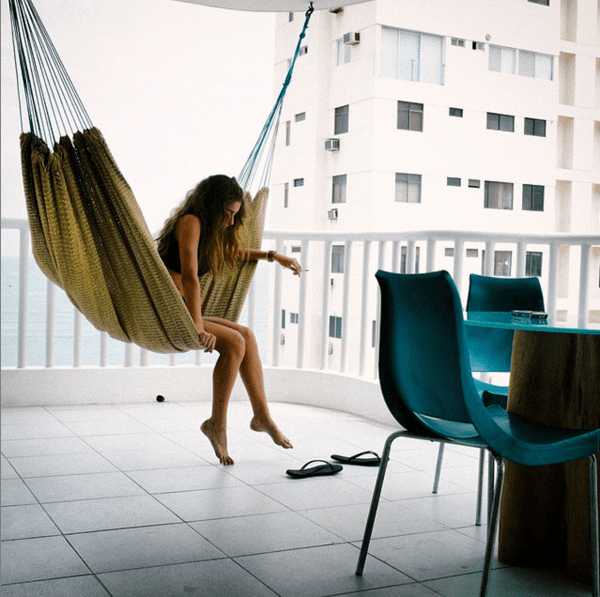 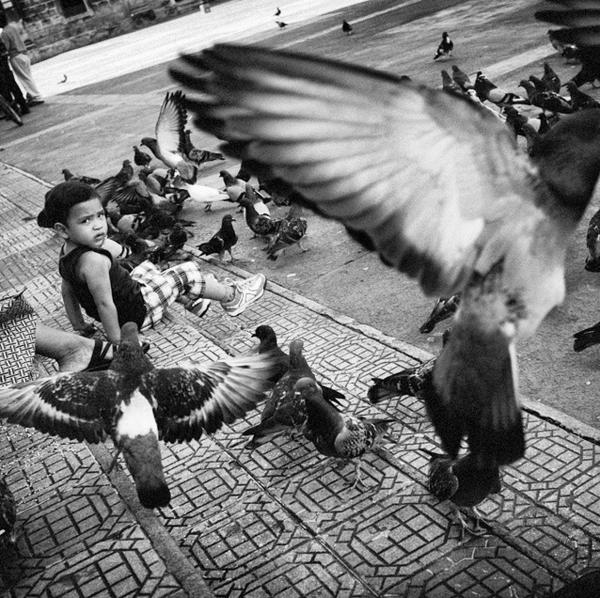 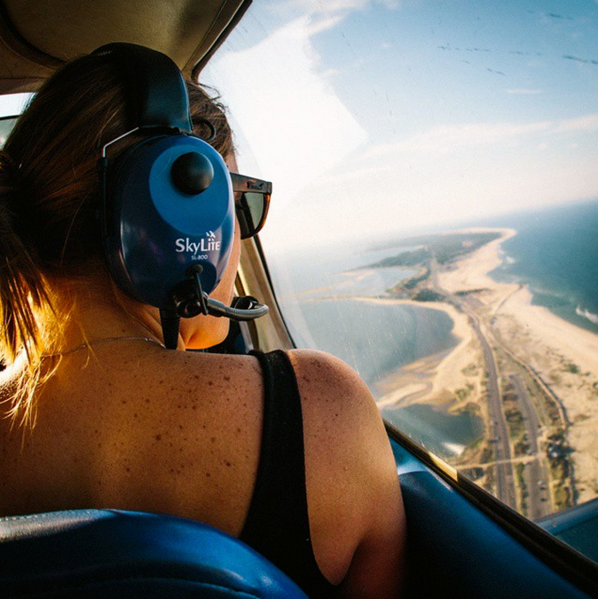 Just launched this week, the Uproxx Life Instagram will be a platform for us to share original images from our food excursions, travels (near and far), and (mis)adventures. The account will host various “Uproxx Life Artists” and they’ll be posting excerpts of articles, videos, and images with the hashtag #404Travel. The idea is to “get unfound” — just like a bad link — to disconnect from the internet for awhile and disappear. 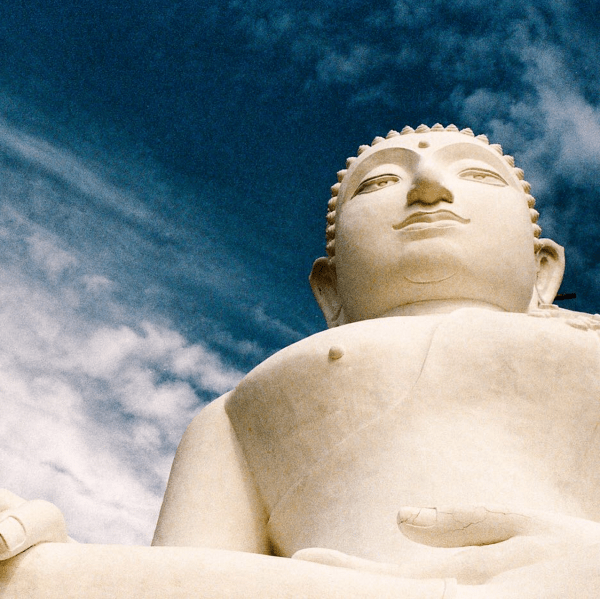 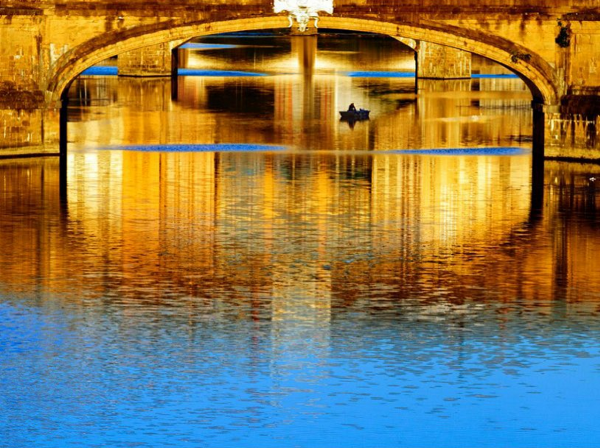 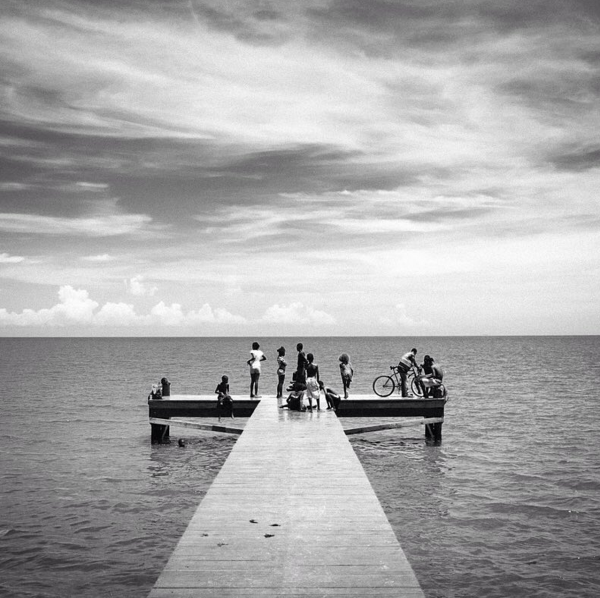