The movie opening this year’s Cannes Film Festival, Woody Allen’s Café Society, now has a trailer for your sampling pleasure. Lucky news for you, prospective Woody fans! (And frustrating news for people who remember this.)

The film, currently earmarked to open the Seattle International Film Festival as well, is now equipped with a sneak peek that offers a glimpse at how easily Jesse Eisenberg seems to fit the world of Woody. Café Society (which sounds like a ’90s jeans brand, but is not) will be the first wide release movie of Allen’s since 2003’s Biggs-powered Anything Else and this latest cinematic go-around also boasts stars like Kristen Stewart, Blake Lively and Steve Carell. By the way, Carell’s in a role that was originally the property of Bruce Willis, so have a think about that when you hit play.

Café Society takes place in the glow of Hollywood in the 1930s. Eisenberg plays a young’un named James that finds himself caught up in the pull of the world around him and there’s jazz talk nestled in because it’s a Woody Allen movie that’s simply how it’s done. Once you’re done checking out the trailer, why not gawk at the poster below for a bit. Names are on it. Famous names! 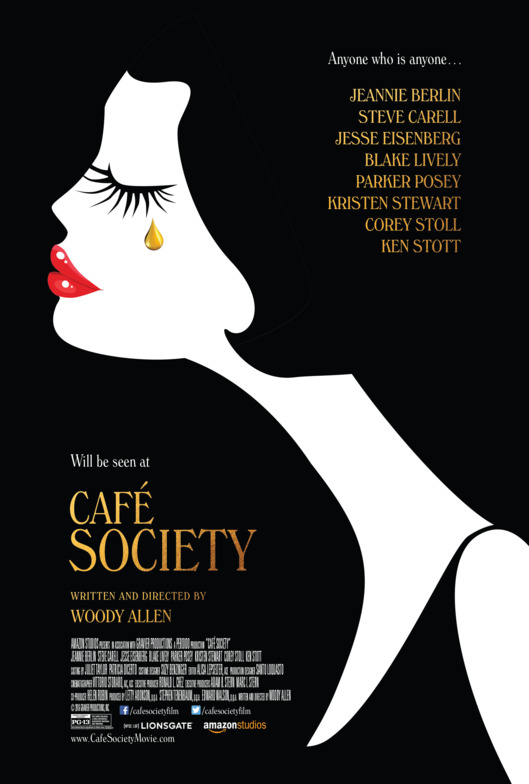