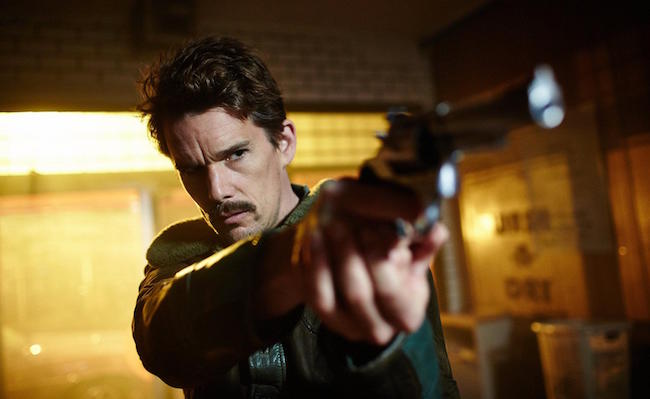 He’s gone through the joys of growing up in Boyhood and the pendulum swing of relationships in the Before trilogy, and now Ethan Hawke is about to embark on his grandest adventure yet. Per director Luc Besson’s Instagram account, the actor has joined his upcoming science fiction film Valerian and The City of A Thousand Planets. The film is based on Pierre Christin and Jean-Claude Mezieres’ graphic novel series Valerian and Laureling, and Hawke joins a cast that already includes Rihanna, Clive Owen, and rising stars Dane DeHaan and Cara Delevingne.

The film and graphic novel’s story concerns a couple of temporal agents traversing the 28th century galaxy to protect those in need from the wrongdoers across space and time. DeHaan and Delevingne are set to play the leads, while Besson’s Instagram post didn’t specify the role that Hawke would be filling in the story. Although he’s primarily known for his dramatic work in independent films and crime thrillers, the actor has dabbled in sci-fi from time to time across his career like in 1997’s Gattaca as well as the vampire-action movie Daybreakers.

Hawke also got the chance to play a temporal agent himself in last years acclaimed but mostly ignored Predestination, so he’s already got experience in that field as he embarks on Besson’s significantly larger-scale journey. Valerian is being produced by Besson’s EuropaCorp and will be released on July 21, 2017.