The Harry Potter prequel trilogy Fantastic Beasts and Where to Find Them officially began filming back in August, and now Entertainment Weekly is bringing us the first images of the cast in action. We’re getting a great glimpse of Eddie Redmayne as Newt Scamander, the famous magizoologist who travels to America to visit the Magical Congress of the United States of America (which, in the story, is hidden in New York’s Woolworth building). There, he meets a bunch of crazy characters and has some run-ins with some of those aforementioned fantastic beasts, I’m assuming.

Here is the full magazine cover, which features Redmayne as Scamander by the “art-deco” style Magical Congress:

Here is a shot of more of the cast, including Redmayne at the forefront, Katherine Waterston as Porpentina “Tina” Goldstein at the far left, Alison Sudol as her sister Queenie Goldstein, and Dan Fogler as muggle Jacob Kowalski. 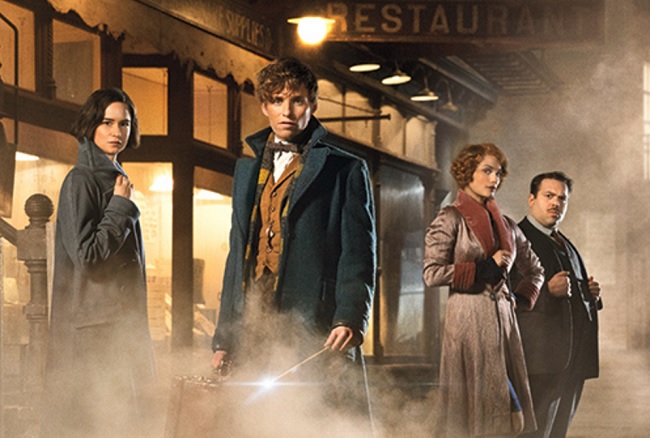 Not pictured are Ezra Miller, who plays a wizard named Credence, Jenn Murray who plays Chastity, Samantha Morton and Faith Wood-Blagrove as Mary Lou and Modesty respectively, and Colin Farrell, who plays a wizard named Graves who is said to be the Big Bad in Fantastic Beasts. That’s the picture we’ll all be really waiting for, but until then, the rest of the new images, including some behind-the-scenes shots, can be found at Entertainment Weekly‘s site.