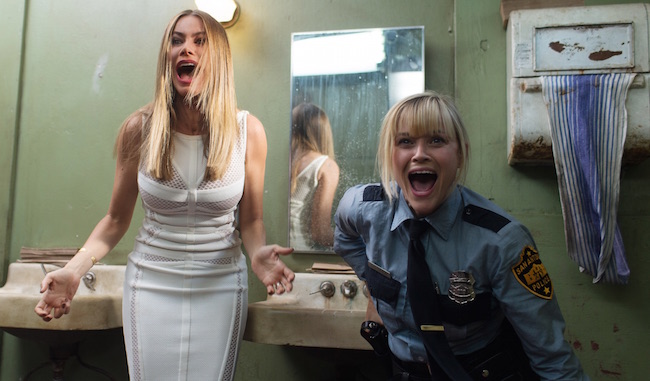 Reese Witherspoon doesn’t get enough credit for the way she’s currently circumventing the Hollywood norms. As she approaches her 40th birthday next year – an age when a lot of famous women in Hollywood seem to disappear from movies – Witherspoon is experiencing a career resurgence. After her 2013 arrest (which, on a scale of Hollywood arrests, is pretty low, despite its media attention), Witherspoon did get a ot of attention for her performances in Mud and Wild (the latter leading to an Oscar nomination), with a lot of comparisons to her Mud co-star Matthew McConaughey’s career reboot. But we’re not talking enough about why this is happening. Namely, that Witherspoon is now producing her own movies.

Between 2008 and 2012, Witherspoon starred in four live-action films: Four Christmases, How Do You Know, Water For Elephants and This Means War. Only Water For Elephants was a modest critical success, the rest were pretty brutally panned. That’s a difficult run for a veteran actor to recover from.

But, as Witherspoon told David Letterman on Tuesday night, she bought the rights to both Gone Girl and Wild before either book was released. Then, after those books became best sellers, they were both adapted into critically acclaimed films. It’s not as if Witherspoon is the first famous actor to produce films, but, like Brad Pitt’s Plan B, this isn’t a token production company. It’s obvious that she’s invested and, more importantly, both Gone Girl and Wild were great films.

Unfortunately, not everything can be good… and that brings us to this week’s new comedy, Hot Pursuit, that Witherspoon both stars in and produced.

The thing is, Hot Pursuit is a movie that I’d like to see do well — a buddy comedy starring two female leads — because there just aren’t a lot of those and The Heat is now two years ago. In no way am I advocating the making of Hot Pursuit 2 or Another Hot Pursuit or Hotter Pursuit, or whatever it may be called. But it would have been great to see a Midnight Run-style film starring Witherspoon and Sofia Vergara. Unfortunately, Hot Pursuit has no aspirations to be something like Midnight Run or The Heat.

Witherspoon plays a by-the-books police officer named Cooper who is assigned to escort the wife of a drug dealer, Daniella (Vergara), to witness protection in Dallas. Before they even leave Daniella’s house, they’re ambushed by two different factions of gunmen and Daniella’s husband is killed. There are dirty cops involved, so Cooper is framed for the ambush, which leads both Cooper and Daniella to go on the run from both a drug cartel and the police. Hey, not a terrible setup!

It’s then that Hot Pursuit goes after every lowest common denominator joke possible. A typical scene finds Cooper held at gunpoint by a man named Red (Jim Gaffigan). To distract Red, Cooper and Daniella pretend to be lovers, thinking that if they make out in front of Red, he will let them go. During this, Red somehow shoots his finger off. Oh course, after, we see the old, “Oh no, the dog ate it,” joke. But the dog didn’t eat the finger, somehow Daniella has the finger in her hand, which they trade to Red for their freedom. This is an extremely convoluted scene that, somehow, makes no sense and yet still feels cliché. The whole movie feels like this.

(Hot Pursuit also continues the weird trend in which Mike Birbiglia shows up in one scene, then disappears for the rest of the movie. He also did this in The Fault in Our Stars and Annie. Every movie would benefit from more Mike Birbiglia.)

Regardless, it’s still remarkable what Witherspoon is doing. Yes, Hot Pursuit is a dud, but her producing track record still looks pretty good. There’s a lot of talk about the way Hollywood treats women once they approach 40, but here’s Witherspoon actually doing something about it. And even though a movie like Hot Pursuit is hard to recommend, that doesn’t mean that the deeper story behind it can’t be heralded.