Something Must Be Done About The Length Of Action Movies 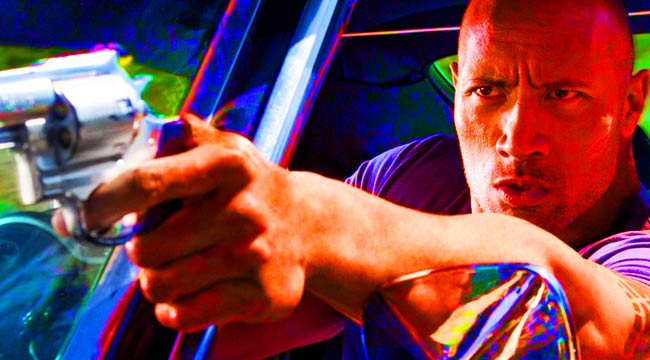 It’s an odd position to be in, requesting less of something for the same price. Not that I wouldn’t appreciate a price cut. For anything. For everything, really. But that’s not the point here. The point here is that even if we keep the price exactly the same, and increase it over time based on various economic conditions that I do not fully understand, but will nod at knowingly while people discuss them around me, I still think something needs to be done about the length of action movies.

Here are some facts: The five highest-grossing action movies of 2015 — Star Wars: The Force Awakens, Jurassic World, Avengers: Age of Ultron, Furious 7, and The Hunger Games: Mockingjay – Part 2 — averaged 135 minutes in length. And the five highest-grossing action movies from the previous year — Guardians of the Galaxy, Captain America: The Winter Soldier, The Hunger Games: Mockingjay – Part 1, Transformers: Age of Extinction, and X-Men: Days of Future Past — averaged 136, and that’s with Peter Jackson’s last Hobbit film and its 144 minute run time just missing the cut.

Perhaps you noticed something about those lists: there were a lot of colons. And, in a related matter, a lot of sequels. Sequels almost always add run time, in part because of pressure to go bigger/faster/harder than the original, and in part because — especially when it comes to the ever-growing Marvel universe — there are new characters to introduce, hopefully in ways that will merit a standalone film at some point down the line. This is how the latest Captain America film, Civil War, ended up being 147 minutes long after the first two checked in at 124 and 136, respectively. It also explains why the two shortest films on that list were Guardians of the Galaxy and Jurassic World, the first installments of what will become sequel-filled franchises.

Now, here is an opinion: These movies are too long. All of them. Any action movie over two hours is too long, with few exceptions. That’s not to say these movies are bad. I enjoyed the Avengers movies a lot, and I am on the record many times in many forums as being a fan of the Fast & Furious movies (the best of which, Fast Five, was 130 minutes long), and the reviews for Civil War have been great across the board. I’m sure I will see it and I’m sure I will like it. But I’m also sure I will start getting antsy and fidgety in the theater around the 90-minute mark, and then I will look at my watch and realize there is still a full hour left. And then I will go a tiny bit insane as I wage a battle against my own brain for focus.

(NOTE: The worst offender here is the Transformers franchise, and it’s not particularly close. Its four installments run 143, 150, 157, and 165 minutes, respectively. That is insane. Like, objectively. The last one was almost three hours! Why in the world does anyone need to watch Mark Wahlberg fight robots for three hours? I mean, maybe if it was real life and he was just standing outside my apartment punching robots and yelling at them for disrespecting Boston, or getting in a very heated shouting match with a deep-fryer at a Wahlburgers. Maybe then. But a movie? No thanks.)

I’ve put a lot of thought into whether this is “millennials with their short attention spans and their phones and brunches” complaint, and I think that if it is, that’s only a small part of it. I think the bigger thing is that 130 uninterrupted minutes is a long time to try to wrangle someone’s attention, in general, especially when you’re trying to entertain them with a few explosions and a story about a good guy in a tank top or cape saving the day. Action movies — especially summer action movies — should really try to figure out a way to get you in and out of the theater in 100 to 115 minutes.

(“But Die Hard,” you run into the room and shout at me, smashing your knee into my coffee table, but coursing with so much adrenaline about making your point that you don’t feel the pain yet. “Die Hard is 132 minutes long!” Well, yes. I did say there were exceptions. I’m talking generalities here. Also, I think there’s a difference between watching a movie at home on your TV or computer — where most, if not all, of your Die Hard viewings have taken place — and watching it in the theater, because watching at home allows you to pause or use a commercial for a snack or bathroom break without missing anything. There’s some peace of mind in having that option. Now please, get a Band-Aid for your knee. You’re bleeding on my carpet.)

Case in point: One of the best action movies of the past half-decade, John Wick. It was a fun, fast-paced movie that told a complete story from beginning to end, foot on the gas the entire time, with almost no time wasted on extraneous pieces of plot. Too busy killing Russian mobsters for that. And I came out of it jacked-up and invigorated, rather than feeling like I endured something. Total run time: 101 minutes. This is possible, movie people. We can do this. I know we can.

Unfortunately, we probably won’t. Not in the foreseeable future, at least. There are too many movies scheduled out too far in advance with too many moving pieces. I know I’m fighting a losing battle. And it’s not like I’m fighting it with all my heart, either, because Fast 8 will probably come out next year and be three hours long and I’ll go see it in the theater anyway. So if this is where we are and there’s really no way around it, let me propose a compromise: Take a page out of Broadway’s playbook and start putting intermissions in any movie over two hours long. And put a bar outside each theater. I think this will help.