The First Trailer For ‘Transformers: The Last Knight’ Blows Stuff Up Real Good

Good news for people who like watching impeccably-timed explosions, “battles that look like two junkyards having sex“, and Mahky Mahk hanging out with Transfohmahs ’cause he’s wicked populah you know. Shooting wrapped Sunday on the fifth Transformers movie, Transformers: The Last Knight, so Michael Bay and Paramount are celebrating by blowing up everything. Er– no, wait. Instead, they released the first trailer for Transformers: The Last Knight. Also, they probably did blow something up in private, as is tradition with Bay (we assume). We also assume the explosion was witnessed by a white liger, because you can afford those when you have half a billion dollars.

Anyway, Mark Wahlberg is back for this one; he signed for three movies and said Transformers is “probably the most iconic franchise in movie history” in case you were wondering if Wahlberg is still saying strange things. Meanwhile, Michael Bay had to pause for a bit during an interview to remember how many of these he’s done so far, but the fourth one made over $1.1 billion so we can expect more of these until it’s no longer profitable or robots take over and make us stop appropriating their culture.

Transformers: The Last Knight rolls out on June 23rd, 2017. A lot of bad stuff to the left is gonna get it. 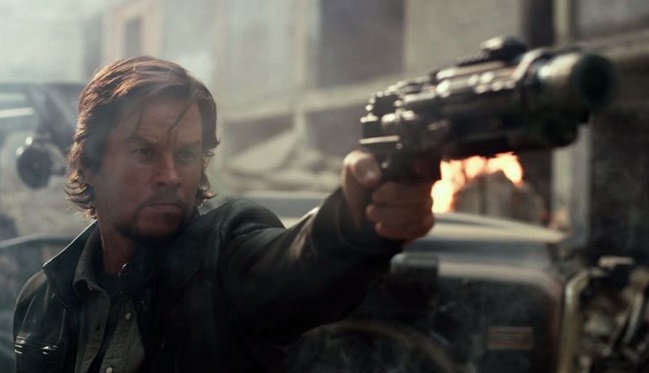 Join Discussion
⇤ Back
Listen To This
The Best New Hip-Hop This Week
December 9, 2022by: Aaron WilliamsTwitter
In True Fire Sign Fashion, Upsahl Channeled ‘Unapologetic Energy’ To Make Her New ‘Sagittarius’ EP
December 9, 2022by: Lexi LaneTwitter
All The Best New R&B From This Week That You Need To Hear
December 7, 2022by: Wongo OkonInstagramTwitter
The Best Indie Albums Of 2022
December 7, 2022by: UPROXX MusicInstagramTwitter
All The Best New Pop Music From This Week
December 6, 2022by: Lexi LaneTwitter
The Best Latin Albums Of 2022
December 6, 2022by: Lucas VillaTwitter
×