Scofflaw Vanessa Hudgens Will Pay A $1,000 Fine For Carving Something Not To Be Carved

Our national nightmare is over and Vanessa Hudgens will pay for her crimes. No, not she’s not paying for “Sneakernight” or Sucker Punch. We’re talking about the singer/actress carving what must not be carved.

The Associated Press reports that Hudgens has agreed to pay restitution for carving a heart reading “Vanessa + Austin” into a a red rock wall in Arizona. (Austin being longtime boyfriend and fellow kids TV alum Austin Butler.) Naturally, the carving commemorating her love story got a showcase on Instagram, because of course it would. 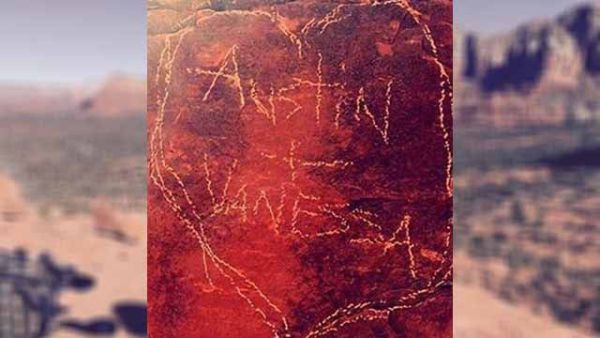 The image was yanked from Instagram, but the damage had obviously been done with Vanessa’s name DIRECTLY on her illegal bit of art. To sort out her misdemeanor count of damaging a natural feature on U.S. Forest Service land, Hudgens agreed to pay $1,000 in restitution. Considering that the offense can sometimes draw a $5,000 fine and six months in jail, this is a pretty good compromise for the entertainer.

Coconino National Forest Service spokesman Brady Smith shared with the AP that it was her popularity that got Hudgens caught.

So if you’re going to play things fast and loose with carvings on U.S. Forest Service land, it helps if you weren’t in High School Musical. Remember, we’re all in this together. (What? You thought we were going to do a Beastly gag?)