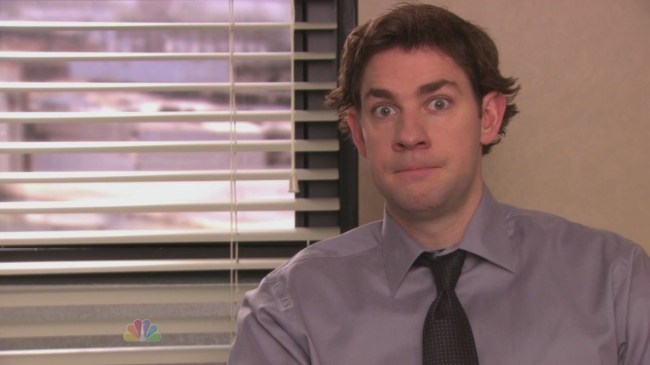 Let’s start at the beginning.

Michael Bay — a man most famous for making movies that feature sexy people blowing up large chunks of Miami or giant robots from space laying waste to entire metropolitan areas while fighting their ongoing intergalactic war over fancy crystals and such, and whose last foray into true stories about the American military under attack from foreign adversaries was the widely-panned 2001 film Pearl Harbor — is making a Benghazi movie titled 13 Hours. And back when it was all getting off the ground he said that “it still fits into his wheelhouse of action-heavy material” and could bear similarities to his earlier hostage film, The Rock. The Rock. Michael Bay is making a Benghazi movie and his point of reference is The Rock.

With me so far? Great. This brings us to yesterday’s news.

Variety is reporting that John Krasinski — a man most famous for playing a fun-loving prankster on a long-running explosion-free sitcom about selling paper, and whose recent tastes have tended to fall more in the realm of indie-type films and adaptations of the works of David Foster Wallace — is zeroing in on the lead Navy SEAL role in Michael Bay’s Benghazi movie.

Several actors had been reading for roles in the film, including Walton Goggins and Shea Whigham, but sources say it was Krasinski who blew Bay away in an early meeting for casting one of the starring roles.

Following the end of his hit TV show The Office, Krasinski has been patient in finding his next project. In the past he had not normally gone after roles in tentpole pics such as 13 Hours, preferring prestige films like Promised Land and the Sam Mendes movie Away We Go.

This … this is weird, right? Jim Halpert playing a Navy SEAL in a Benghazi movie directed by Michael Bay? I’ve been trying to wrap my head around it since last night and I’m still nowhere close to making sense of it. I mean, no disrespect to Krasinski, who seems like a smart and fun guy, but it reads almost like a Mad Lib. “[former sitcom star] to star as [occupation] in [military event resulting in the loss of lives] movie directed by [famous director].” In fact, let’s do that. I’ll start: Frankie Muniz to star as a male nurse in a Gettysburg movie directed by Michael Bay.

I cheated and picked Michael Bay again. This is fun.