Here’s Everything You Need To Know About Apple Music

As expected, Apple officially joined the streaming wars, which are beginning to look a lot like the grand fighting pits of Meereen. Apple unveiled Apple Music at its Worldwide Developers Conference on Monday, and it seems poised to disrupt the market — which includes major players Spotify, Google Play, Rdio, and Tidal — in a significant way. Legendary record executive Jimmy Iovine introduced Apple Music, saying (rightfully), “Online music has become a complicated mess of apps, services and websites.” From there, the presentation of Apple Music was about positioning itself as a one-stop shop that would solve the fragmentation woes many music lovers are currently experiencing.

Here’s what we learned Monday.

Should you join Apple Music? | Five questions we still have

The service will be made up of three main components — Apple Music, Apple Music Radio (aka Beats 1), and Apple Music Connect.

Apple Music. The main component, obviously, of the service, Apple Music is a lot like the existing streaming options in functionality and features. You’ll be able to stream any song, album, or artist in the iTunes store, as well as anything otherwise in your music library. So if you’re a rap fan who has accumulated a wide library of mixtape downloads, those will now be included as streamable options. The big differentiator Apple kept stressing during the Apple Music unveiling is its supreme talent at discovery. Taking shots at “algorithms that alone can’t do the emotional task,” Apple tried to elevate its product over that of Spotify, etc. by making clear that the recommendations it makes to you, and the curated playlists it suggests you listen to, will be put together by a team of actual people whose job it is to be music experts. These curators will adjust their recommendations based on what you listen to. It should be noted that Apple Music has full Siri integration, so you can ask it to play music by The Black Keys, for instance, as well as more nebulous requests like “play me the top-charted song in 1995.”

Apple Music Radio. Beats 1 is a worldwide 24-hour radio station broadcasting from three cities across the globe, with each city represented by a famous, taste-making DJ (Ebro Darden in New York, Zane Lowe in Los Angeles, and Julie Adenuga in London). No matter where you are, listeners will hear the same programming, which will feature artist interviews, guest hosts, and more. Here, again, Apple Music is placing its bets on humanity over technology, with Lowe saying that Beats 1 won’t focus on “research, just music that is great.” Likewise, Apple Music will feature radio stations like many of its streaming peers do, “with human curation taking the lead.”

Apple Music Connect. This could be the biggest game-changer. The Connect feature will allow artists to share photos, videos, thoughts, and even snippets of music with their followers, who will be able to “like” and comment on that activity. This, obviously, already exists in the world at large under something you might have heard of called “social networking,” but, again, Apple is selling Apple Music as a great consolidator. Now you won’t have to keep up with Facebook, Twitter, Instagram, and Soundcloud just to make sure you’ve caught everything from your favorite artists; it’ll all be right there a tab away from the core streaming service. And anything artists publish to Connect will be shareable through the aforementioned social networks, as well.

Is this exclusive to Apple users? Nope, Apple Music will be available for Android too.

When is it available? June 30.

How does Jay Z feel about all this? Glad you asked. 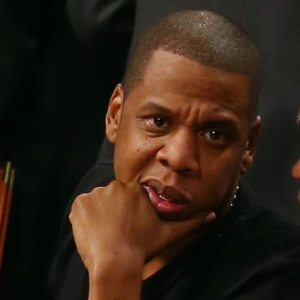