Conan O’Brien was the embodiment of music festival hype for a few days — but just a few. With the buzz surrounding Guns N’ Roses and LCD Soundsystem reuniting to blow thousands of mud-covered minds at (insert expensive and stinky festival name here), he held the keys to the kingdom of Bonnaroo. Only Conan, with his coifed hair, knew who would be playing Bonnaroo 2016. Fingers were at the ready, tickets would be bought as soon as Conan unveiled the list… But then the lineup leaked, and Conan was (probably) sad.

Don’t worry, Conan still has some information beyond what was already placed unceremoniously on the interwebs. We know that LCD Soundsystem, Pearl Jam, Dead & Company (John Mayer and members of The Grateful Dead) will play twice. The rest of the bands are:

Is it one of the Lennon sons and Les Claypool of Primus? Oh yeah, and Judd Apatow will be there. The cast of Freaks and Geeks will not be there.

All of this is proven true by the official poster: 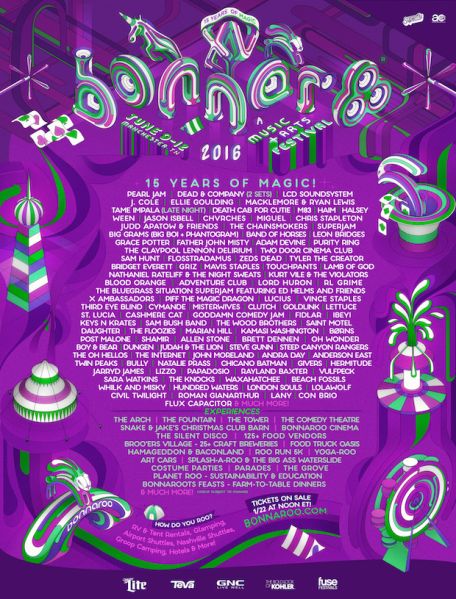 But Conan was able to reveal some surprise guests for fans of Team Coco. Thanks Conan. Oh, and we think we know who leaked the lineup.