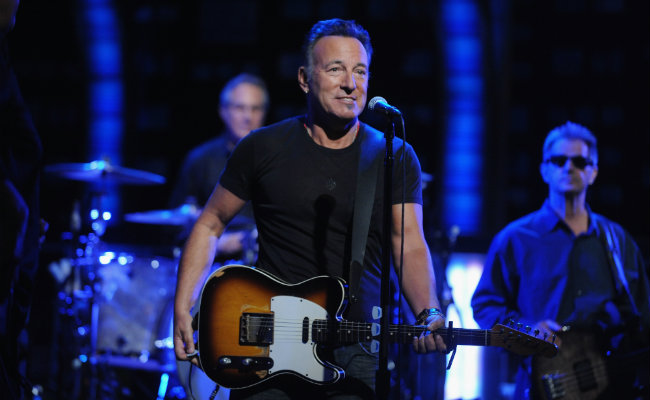 Bruce Springsteen is a man of the people. Through his music, and his actions, he’s often been the champion of the underdog and the downtrodden. He’s also known for his legendary concerts, wherein he treats his diehard fans to hours upon hours of electric music. However, these two aspects of the Springsteen aura have come into conflict recently, and it has led to the cancellation of a concert in North Carolina.

In a letter on his website entitled “A Statement from Bruce Springsteen on North Carolina,” the Boss explains why he has decided to cancel his Sunday, April 10 show in Greensboro. As you may have heard, North Carolina has passed the Public Facilities Privacy and Security Act, which has come under fire for its treatment of the LGBT community. You can count Springsteen amongst those who are against this law, and so he has cancelled his show in order to “show solidarity” with the “freedom fighters” fighting this law.

Springsteen closes his letter by stating, “Some things are more important than a rock show and this fight against prejudice and bigotry — which is happening as I write — is one of them. It is the strongest means I have for raising my voice in opposition to those who continue to push us backwards instead of forwards.” Obviously, it’s unfortunate for North Carolinian Springsteen fans who have to miss out, but hopefully they will understand, given the circumstances. 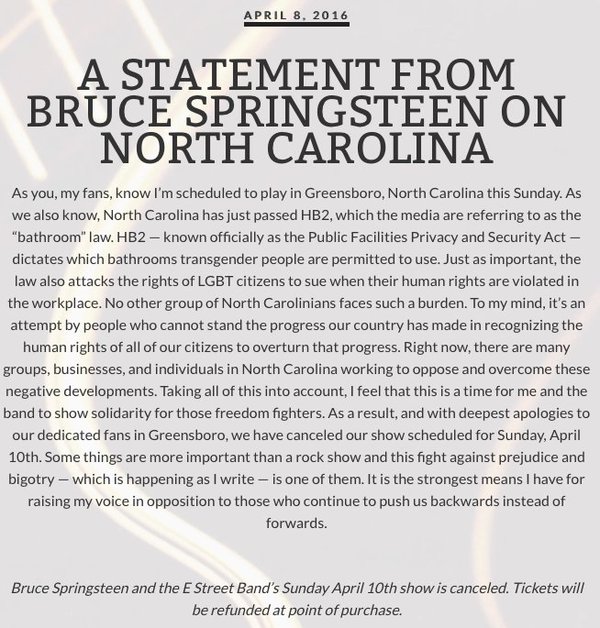