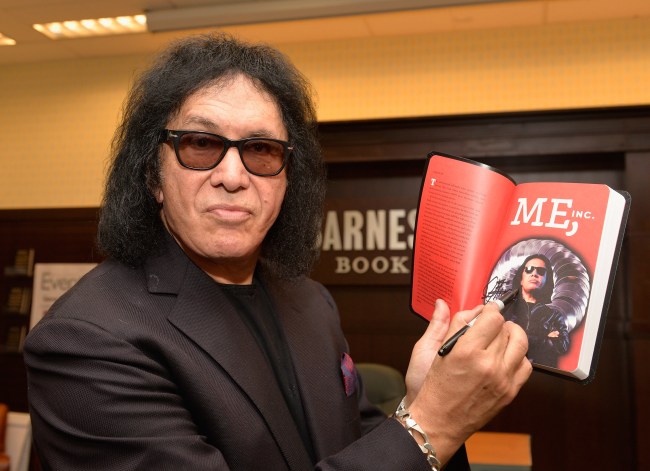 For whatever reason, people keep giving Gene Simmons, frontman of KISS and Arena Football co-owner, a forum to voice his inane ramblings. If you are looking to hear an obnoxious opinion on a topic, you can often look no further than Simmons to find 10. Newsweek prefaces their interview with Simmons by saying that he is “nothing if not frank” and that “it’s not difficult to see how he can be seen as inflammatory,” which are certainly understatements. Among other things in this interview, Simmons takes a moment to trash Prince.

You know, Prince? The iconic, beloved musician who just passed not but a few weeks ago? There’s a load of strange stuff in this interview (apparently Simmons loves EDM because it is “honest”), but his comments on Prince are what people are going to latch onto. Sure, he takes a moment to compliment Prince for his musical talents, before essentially insulting him for dying.

When asked about Prince’s death, Simmons said, “His drugs killed him. What do you think, he died from a cold?” He didn’t end there, though, adding, “How pathetic that he killed himself. Don’t kid yourself, that’s what he did. Slowly, I’ll grant you… but that’s what drugs and alcohol is: a slow death.”

Simmons is basing his feelings on the murmurings that Prince had an issue with prescription painkillers that played into his untimely death, and it probably is worth taking a moment to discuss Simmons’ feelings on life and stuff. He says in the interview that he has never been drunk or high, and he seems quite proud of that fact, although he also says, “I can almost understand drinking or getting high if it made my schmeckel bigger, or made me smarter, but nothing happens.” He also invokes David Bowie into this rant by saying he’s earned real sympathy “because [his death] was real sickness,” unlike Prince’s reported addiction. Basically, Gene Simmons is that annoying straight-edge kid from your local punk scene, but he’s world famous, so his holier-than-thou BS reaches a wider audience. He also seems pretty high on life, saying, “Every day I wake up and I never take it for granted” amongst other things.

There is a way, as weird as it sounds, that Simmons could have expressed his opinions about drugs and not come across in such a creepy way. However, Gene Simmons is nothing if not brash and abrasive, and so that was never going to happen. So now he’s the guy who called Prince “pathetic” before his body even got cold, and we will all be annoyed about it, until the next time he says something stupid. We probably won’t have to wait long.