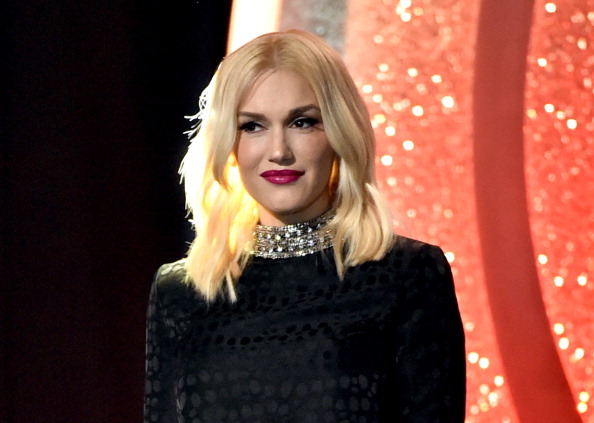 In the early 2000s, Gwen Stefani had accumulated a fair amount of credibility as an artist. She was coming off the success of No Doubt’s 2001 album Rock Steady, which received massive critical acclaim, and achieved a ton of commercial success, with the huge singles “Hey, Baby,” “Hella Good,” and “Underneath It All.” All of this is to say she was at the point in her career when she was finally (and rightfully) being viewed as a Serious Artist. But rather than keep that going, she decided to trade all that in and become an unabashed pop star.

In November 2004, Stefani released her debut solo album, Love. Angel. Music. Baby., which was a considerable departure from anything she had recorded before. All the elements of reggae and ska that gave No Doubt their signature sound were out the door in favor of a sound that was pure pop. All of this was a risky move, but it undoubtedly paid off; even if Stefani had alienated some long-time No Doubt fans, she had clearly won herself a new audience, as the album sold four million copies, and spawned several big hits. Gwen Stefani, Pop Star had thoroughly replaced Gwen Stefani, Queen of Ska.

Incidentally, “What You Waiting For?” the first single from L.A.M.B. didn’t do much on the American charts, as it peaked at just No. 47 on the Billboard Hot 100 (although it was successful elsewhere). The second single, “Rich Girl,” which found an unlikely inspiration in Fiddler on the Roof, did much better, peaking at No. 7. That said, the album didn’t take off until the release of the third single, and Stefani’s eventual calling card, “Hollaback Girl.”

To put it quite simply, “Hollaback Girl” was everywhere, one of the most omnipresent songs of all-time. In spring 2005, you likely couldn’t go 10 minutes without either hearing the song, or seeing the video, which featured Stefani as a cheerleader. As far as pop song oversaturation goes, this sh*t was bananas, b-a-n-a-n-a-s. The song was basically a modernized version of Toni Basil’s “Mickey,” from the heavy percussion, to the usage of cheerleading chants. If we’re being honest, it was a pretty fun song (even if the lyrics made no sense whatsoever), but by the time summer 2005 came around, everyone was sick to death of it. As Brian Griffin put it on an episode of Family Guy, “I don’t know what a hollaback girl is, I just want her dead.”

One part of Stefani’s pop stardom that’s interesting to revisit was her usage of Harajuku girls in her live performances, as well as the track “Harajuku Girls.” Stefani claimed that she was simply expressing her appreciation for Japanese culture, but others didn’t see it that way. To some, it was viewed as the perpetuation of racist stereotypes, as well as using women as props. At the time, there was some discussion of this, but it mostly flew under the radar. These days, though, when cultural appropriation is discussed far more frequently, and pop stars like Katy Perry and Miley Cyrus are called out for it, it’s unlikely that Stefani’s act would still fly. Especially when you consider this Time article demanding that she apologize for the Harajuku girls before returning to the limelight:

And it doesn’t look like Stefani learned her lesson: just two years ago, her band No Doubt had to pull the music video for their song “Looking Hot,” which featured band members playing a game of Cowboys and Indians. (In it, the very white Stefani dressed up like a Native American.) When Native American groups predictably called the video racist, the band apologized, saying, “Our intention with our new video was never to offend, hurt or trivialize Native American people, their culture or their history. Although we consulted with Native American friends and Native American studies experts at the University of California, we realize now that we have offended people.”

Stefani has not issued any such apology for her Harajuku girls. Maybe it’s time she does.

Of course, Gwen Stefani’s run as a pop star proved to be fairly short-lived. In 2006, she released her second solo album, The Sweet Escape, which failed to replicate the success of L.A.M.B. Granted, the title track was a huge hit, and “Wind It Up,” a track inspired by “The Lonely Goatherd” from The Sound of Music, was one of the weirdest tracks to ever crack the top 10, but as a whole, the album was a commercial disappointment. It was enough to make us wonder if Gwen Stefani as a major pop star was something that could be sustainable for a long period of time. We would never find out, though, because she hasn’t recorded a solo album since.

In 2015, Stefani’s brief flirtation with pop-star dominance is a strange thing to think about, and it can’t help but conjure up some mixed feelings. On one hand, it certainly yielded some fun singles, but on the other hand, it cost her a major part of her identity. No Doubt’s sound was almost entirely scraped for pop radio-friendly material, and her appropriation of Japanese culture likely alienated her with a lot of fans. Speculation still persists as to whether or not Stefani will eventually return with a third solo album. If she does, let’s hope she’s learned from the mistakes that plagued her first run at pop stardom.