Jack White Is A Photographer Now, But He Hasn’t Given Up His Two-Color Roots 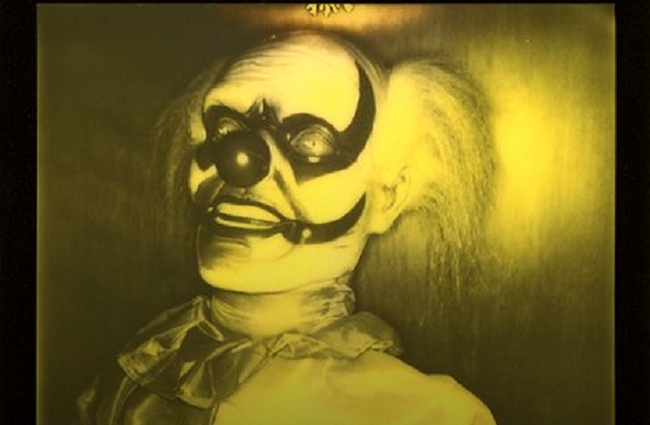 Jack White is a man of many interests, many of them old-timey. He is, after all, a guy who has a machine in his Third Man Records studio that records music onto phonograph discs. White is currently “on hiatus” from recording music, but the man is keeping himself busy. His latest hobby? Photography.

However, this is Jack White we are talking about, so it isn’t normal photographs, the kind one takes with their phone. No, White is part of The Impossible Project, “an initiative which champions the continued use of self-developing film a decade after Polaroid discontinued its production.” So yes, White is basically taking Polaroid pictures.

True to form, White’s photographs, taken with an I-1 instant camera, is limited in its color palate. Although he isn’t using White Stripes colors, white, red, and black. Instead, they are primarily in yellow and black, the primary colors of Third Man Records. One of the photos has a little blue in it, but it’s a picture of Mick Jagger, so clearly all the rules go out the window.

White’s photos include a creepy clown and a guy with a smartphone for a head and, you know, weird stuff. Art is subjective. Maybe you will like White’s photos, maybe you won’t. The important thing is White is keeping busy. No need to worry about him.

(Via Consequences of Sound)