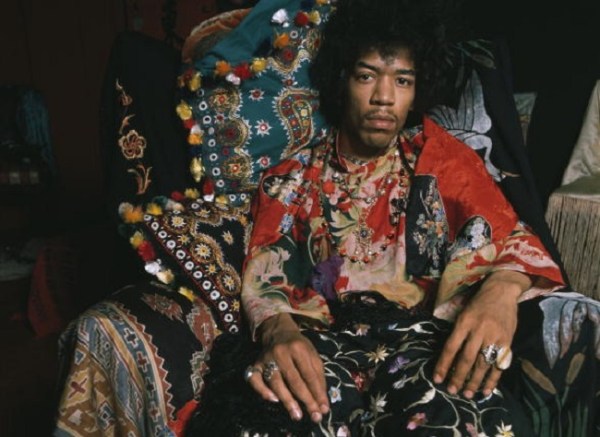 Jimi Hendrix died in 1970, at the age of 27. Despite his short life, he was one of the most important, influential musicians ever. He remains, in the minds of many, the greatest guitar player in history. Andre 3000 starred in a movie about him! A movie they made even though they couldn’t get the rights to his music! That’s how much people care about Jimi Hendrix! What could he have done had he not died so young? Well, according to one of his producers, he would have been a pioneer in the realm of rap.

Eddie Kramer helped produce Hendrix’s final album, 1968’s Electric Ladyland. Ahead of the release of a new Hendrix documentary, Electric Church, Kramer espoused on what he thinks a man who died over 40 years ago might have gotten into had he lived. “This whole idea of street music would have definitely influenced him. Jimi was aware of everything that was going on, he was a musical sponge. The next step? Who knows… He may have even gotten into rap.”

While the fact Kramer refers to it as “street” music doesn’t speak to his credentials on the matter, Kramer decided to kick it up a notch. “I think about this all the time. Not only would he have been a great record producer, but he would have had his own record company, a film company, a musical production company.” Kramer has spent a lot of time thinking about Hendrix, for some reason. He added one last bon mot to his speculation: “He would have been an enormous force – pretty much like Jay Z is today. He would have been king of the heap.”

There you have it. Jimi Hendrix would have been Jay Z. Is this true? Nobody can say. Literally nobody knows what Hendrix would have done, although, given that he was known entirely for his guitar shredding rock music, the move to rap doesn’t seem like it would track. However, had Hendrix been a rap pioneer, having Andre 3000 play him would have made even more sense. Of course, if they still didn’t have his music rights, it wouldn’t have mattered.