Justin Bieber is a Calvin Klein model now, if you haven’t heard. I didn’t write anything about it, because I was still in denial trying to blissfully pretend that I lived a world in which Justin Bieber was not a Calvin Klein model. Some of the photos in the campaign, which display Bieber in various states of undress, feature a model named Lara Stone draped on or under him.

And because never forget that Justin Bieber’s beloved Beliebers are still a pack of frothing little psychopaths (allegedly?), Lara Stone has since been receiving death threats, both on Twitter and through comments left on her Instagram photos with Bieber. The Beliebers are particularly offended by the above photo where Stone’s hand comes precariously close to Beiber’s groinal area. How rude!

Here’s just a small sample of the stuff that’s been posted on Twitter so far (since a lot of it has already been deleted): 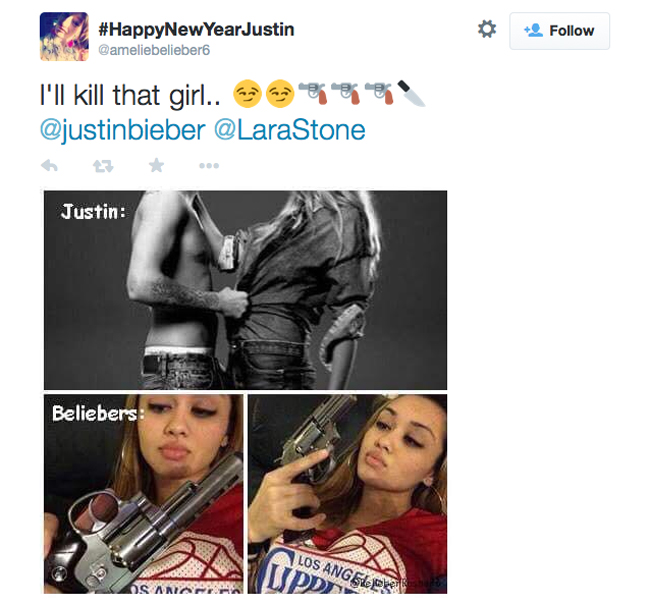 That poor girl. As if this right here wasn’t already punishment enough. Her eyes are probably shut because she’s retreated to her happy place at this point in the shoot.