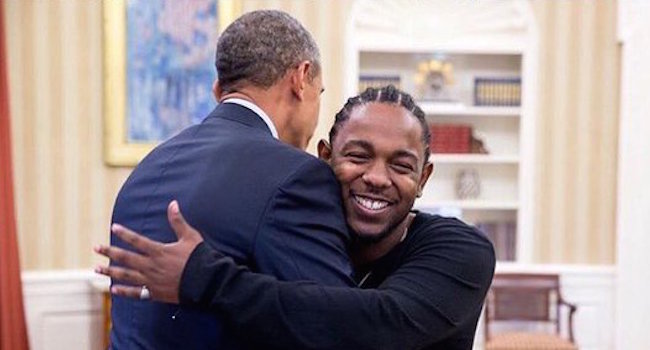 What will you be doing on the Fourth of July? Perhaps fighting the heat and humidity whilst you eat some hot dogs and watch some big loud lights in the sky that for some reason qualify as entertainment? Sure, that sounds like it might be OK. However, Barack and Michelle Obama have a slightly different plan. They will be hosting a Fourth of July concert featuring Kendrick Lamar and Janelle Monae.

President Obama and the First Lady will be spending their Independence Day with military veterans and their families. In addition to the tradition barbeque and fireworks viewing associated with the holiday, they will all also be treated to Lamar and Monae performing, which is quite the double bill.

These choices are not surprising, and not just because of the talent that Lamar and Monae both possess. Lamar visited the White House last fall, and Obama called Kendrick’s “How Much a Dollar Cost” his favorite song of 2015. Meanwhile, Monae provided a track for Michelle Obama’s “Let Girls Learn” initiative. Both Lamar and Monae are socially active musicians, which makes them even better choices for the White House Fourth of July concert.

While you are having your own Fourth of July festivities, you can always throw on a Kendrick album if you want, but it won’t be quite on the same level.