The BET Awards’ Prince Tribute Will Include D’Angelo, Shelia E., The Roots, And Janelle Monae

All eyes will be fixed on the BET Awards later this month where an epic tribute to Prince is planned. Fans will be treated to a performance by D’Angelo, The Roots, Janelle Monae, and collaborator and long-time friend to The Purple One, drummer Sheila E.

In a press release, the network said that “star-studded moments, spread throughout the show, will capture the unprecedented career and musical genius of the beloved pop icon like only BET can.” The network set the stage for themselves when they openly mocked Madonna’s Billboard Music Awards tribute back in May, tweeting then deleting the shot heard around the world: “Yeah, we saw that. Don’t worry. We Got You.” 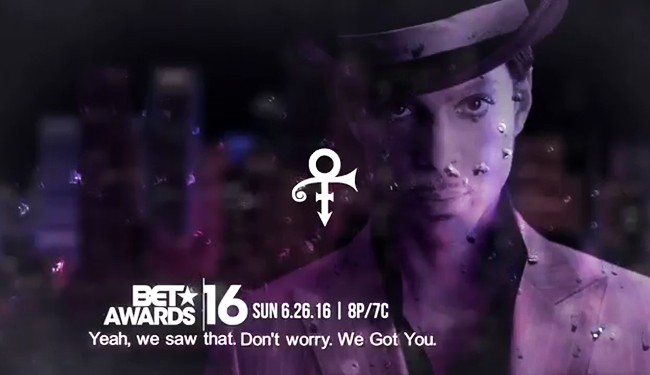 To their credit, BET signed up a few of the best performers possible to pay respects to Prince. D’Angelo and Roots’ de facto leader Questlove are long-time, very public fans of the famed musician, with the latter also taking part in Madonna’s Billboard tribute.

After the Billboard awards, Madonna and Questlove individually attempted to defend the performance, but most fans know that D’Angelo was one of the most fitting choices to pay tribute to Prince. In fact, he once claimed to have started studying and memorizing the Minneapolis rocker’s music as early as age five.

“I was five years old. “I Wanna Be Your Lover” had come out, and it was a big hit. When that album came out, it was just huge. He really, literally, was the talk of the town. Everybody was wondering, “Who is this guy? Is he a guy? Is it a girl?” No one really knew who it was. I remember we had the album, and my brothers were just enamored by this guy. They told me, “He plays everything, he writes everything, he’s singing everything”, so I was hooked from then on. I learned how to play every song on that album, note for note, at five years old.”

The 2016 BET Awards will air live on Sunday, June 26 at 8pm EST from the Microsoft Theater in Los Angeles, CA.