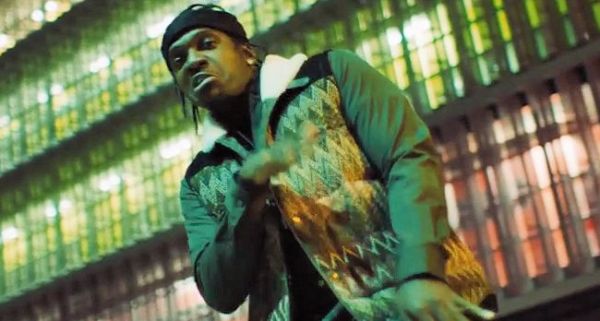 Pusha T is a coke-rap classicist and he’s not down with the simp-wave. That’s the main point to be gathered from King Push’s interview with Billboard regarding his new album Darkness Before Dawn. Virginia Beach’s most menacing presence sent some not-so-shielded shots in Drake’s direction throughout the interview.

“When you look at just the state of rap [now], I feel like it’s a lot of complaining and vulnerability, and rappers being victimized,” Pusha T said, talking up a theme in rap that Drake is largely the face of. “That’s not the attitude that my favorites had, and that’s not the attitude that the greats had when I was coming up. These guys were really like superheroes to me — they dressed fresh, they rapped fresh. I thought they owned the world.”

Pusha said that he feels like “rap’s last great superhero” and preached his own authenticity while decrying ghostwriting, a subject that was at the center of Drake’s highly visible beef with Meek Mill earlier this year.

This isn’t the first time that Pusha T has taken subliminal digs at Toronto’s biggest cultural export. He dropped a video for “Suicide” off of My Name Is My Name the week that Drake was on Saturday Night Live with the telling line, “You caught steam off headlines and cosigns.” Drake may have responded on “5 a.m. in Toronto,” but so far neither rapper has mentioned the other directly.

Check out the whole interview over at Billboard.