As American Idol entered into its final season this January, it was easy for longtime fans of the show to spend the days leading up to the premiere reminiscing about some of Idol‘s all-time greatest moments. Once a cultural phenomenon, the show has given us plenty of favorites since it debuted 14 years ago, whether it be the season one finale that immediately made a household name out of Kelly Clarkson, or the season three audition of William Hung when he gyrated his hips in ways that hadn’t been seen since a young Forrest Gump was hanging out with Elvis.

For most fans, the audition episodes — like the one that rather inexplicably helped extend Hung’s 15 minutes for at least another year or so — were appointment viewing, especially in the earlier seasons. Some people would even admit that the worst auditions were more entertaining than the better ones. For that, we can thank Simon Cowell.

At the time of American Idol‘s premiere in 2002, Cowell was a relative unknown, at least on the American side of the pond. Up until then, he was really only known in the UK as a judge for a similar talent show that aired overseas called Pop Idol. But very quickly, Americans found themselves in a love/hate relationship with him due to his propensity to pull no punches when it came time to harshly strike down a talentless amateur singer and their harebrained dream of becoming a pop star.

His critiques during the audition process were often biting, but they were never dishonest, which made his opinion when it came to who moved on to Hollywood really the only one that mattered. It’s not known if he came to the auditions prepared with a list of insults for struggling contestants, but that doesn’t really matter, does it? Regardless of whether they were rehearsed or not, they were still funny, and they were one of the main reasons American audiences made Idol the No. 1 show on television for eight-consecutive years.

As we reminisce about American Idol in its final season, here are some of Simon’s greatest insults.

“The Only Resemblance That Had To Mariah Carey Would Be If Mariah Carey’s CD Was Left Out In The Sun For A Year, And Then Trying To Play It.”

We start off our list with one of his more creative insults. It requires the audience to pause the DVR for a second and examine the words. Have I ever left a CD out in the sun? I’m not sure. What would happen to it if I did? Again, not sure. I can imagine the sound wouldn’t be all that good, though, much like the voice of this unfortunate contestant.

Singing like Mickey Mouse would be insulting enough. Adding helium to the mix gets you on Top 10 lists a decade after the fact.

“Who Gave You That Voice?” “It Came From God.” “Does He Have A Return Policy?”

This bit of comedy is right on the cusp of offensiveness while never quite making it there. I bet censors from Fox even debated for a second about whether or not it should air. “Are we a go on the ‘God’ bit, Mac?” asked a Fox censor to his Fox-censor friend named Mac. “I think so,” replied Mac. “I bet we still get letters from upset viewers.” “Why?” “I never know the answer to that.” 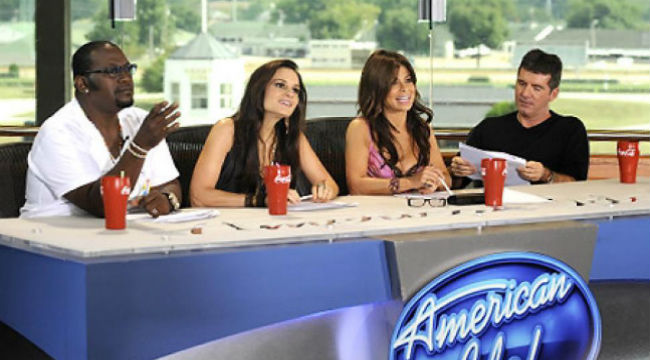 Here, Simon’s critique wasn’t quite mean, but just a somewhat-passive dig using metaphorical imagery to the young girl who was pleading her case. He was a master at making you stop and think for a second about what he meant before acknowledging that yes, that was actually quite brilliant.

“What Would Be The Right Competition For Him? Wheel Of Fortune?”

Without context, this quick one-liner could have been easily dismissed and ignored. But with context, Paula explained that American Idol might not be right competition for this young man, and Simon was all ready to go with his quick reply, not only did it take down a contestant who appeared to be a bit socially awkward, but it also managed to take out all the daily Wheel watchers, as well. Side note: This contestant caused a bit of a stir as he exited the room, saying to Simon and Paula as he walked away, “be careful.” They were both creeped out by the exchange, but it was all apparently a misunderstanding, and Simon and Paula eventually apologized for the whole thing.

“A Lot Of People Are Going To Find You Annoying, Amy.”

Sometimes his insults would be forceful and heavy-handed, and sometimes they’d be subtle. Here, he proved that subtlety worked just as well.

“[My Singing] Stops Crowds.”
“You Mean The Crowd Disappears When You Sing?”

Unless this entire bit was staged, here he showed off his incredible ad lib skills. His ability to improvise off of talentless, yet charismatic strangers was one of the things that always made the audition episodes so memorable.

“Are You Taking Singing Lessons?” “Yes.” “Get A Lawyer And Sue Her.” 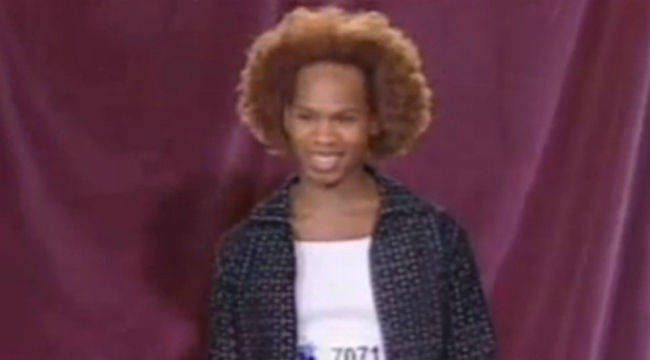 This remains one of my favorite exchanges in the show’s history. A very common theme of nearly every bad audition is when the contestant simply doesn’t realize how bad they are. I’m still not sure how that happens. Are friends and loved ones telling them they’re good? Where does their lack of self-awareness come from? Anyway, the short back-and-forth between Simon and this contestant perfectly captured that phenomenon. After Simon told Robert that he had just killed his favorite song, Robert replied, “Killed in a good way or bad way?”

The Tables Get Turned

Because this list would not be complete without what is arguably Simon’s most infamous moment, we close this down with Contestant 1806 from Houston. After a particularly bad audition, this young go-getter took it upon himself to get some payback for himself and all the people who stood on that stage before him who were unfortunate enough to catch Simon’s wrath. I’m sure he wasn’t the first contestant who dreamed of splashing Simon in the face with water, but he was certainly the last.