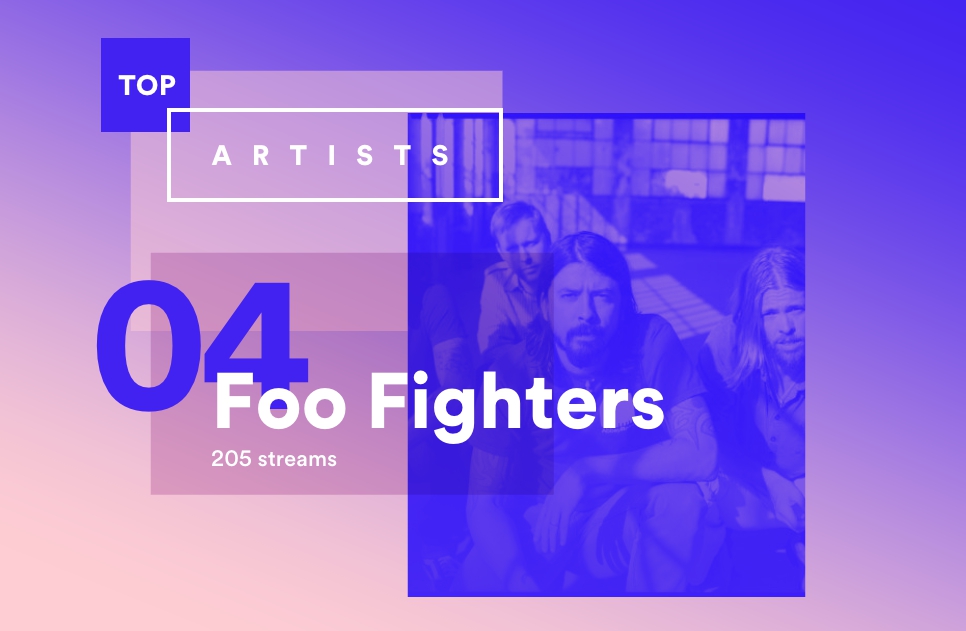 Spotify’s already announced its list of the most streamed artists, songs and albums. Now it’s time to get personal:

Once again, the streaming service is giving its users the opportunity to look back at their own year in music with their Year in Review. Using it is a fun mix of entertainment, potential embarrassment and an invitation for reflection.

The Year in Music rightfully starts with the first song you streamed that year (I apparently kicked the year off with “Heavy Bells” by J Roddy Walston and The Business) and then breaks your year down by your top artists, top albums, top tracks and top genres. It seems I’m a bigger fan of Portland, Maine’s Spencer Albee than I thought; and my hunch was correct, I really liked the song “Figure It Out” by Royal Blood. My top genre took me by surprise, though. Indie rock? I guess. I would’ve gone with alternative rock or Americana. I’m not even sure what indie rock is anymore.

Not only does The Year in Music tell you exactly how many minutes of music you streamed and how many different artists you listened to, but it lets you know how many different tracks you listened to, as well. Then they break things down into seasons. I spent the winter listening to Tom Petty, Mark Ronson and Young the Giant, while spring was all about BadBadNotGood, the aforementioned Spencer Albee, and The Gaslight Anthem. My summer was dominated by Pearl Jam and The Mallet Brothers Band, an alt-country band from Maine, and my year wrapped up with a fall consisting of music by Houndmouth, the Foo Fighters and Phish. Phish? I guess I was feeling nostalgic or something.

At each step along the way, you can share snapshots of your year on social media. Spotify will also curate playlists for your year,  as well as suggestions based on what you’ve listened to.

So, this is perfect. Now you have stuff to listen to while you sit and wait for Coldplay and/or Adele to put their new albums on Spotify.