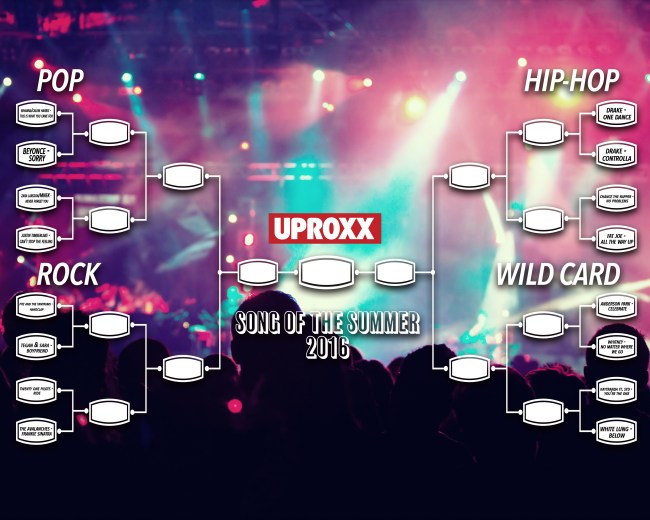 Our staff has assembled what we think could possibly be the 16 best songs from this year that perfectly capture all of those necessary points to be the 2016 Song of the Summer. We decided to split the bracket up in four genres: Pop, Hip-Hop, Rock, and a Wild Card, because what’s summer without a little intrigue?

What’s the best thing about summer, by far? That anything feels possible. This last category, the Wild Card, revels in that exact spirit. These four acts aren’t all over the radio, but somewhere, they are being cranked up in their most dedicated fans’ playlists over and over again. And best of all, they could shock everyone and win this whole thing. Anderson .Paak, Whitney, Kaytranada, White Lung — good luck to you all. Voting for this round ends on July 5 at 8 a.m. And make sure to cast your vote for Rock, Pop, and Hip-Hop below as well. 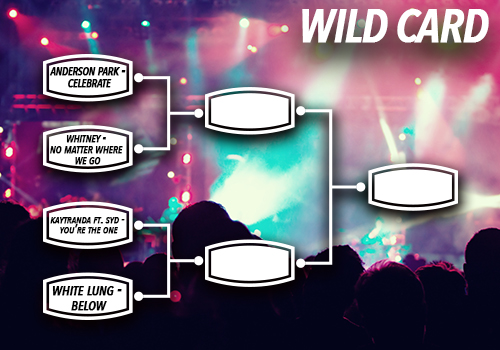 “Celebrate” is truly song for any occasion. If there’s any knock against Anderson .Paak’s perfect track being Song of the Summer, it’s that it doesn’t sound disposable enough. Summer songs are typically of their time and don’t have much life beyond that. This track from Malibu sounds like it’s always existed, to the point that it almost feels like a cover song on first listen. It’s just hard to believe that no one has captured the spot-on summertime theme of “You’re doing well, I mean you’re not dead/ so let’s celebrate while we still can” on wax before now.
– Alex Galbraith

Whitney – “No Matter Where We Go”

When you think of laid back summertime chill vibes, Whitney’s “No Matter Where We Go” should come up almost instantly. This is one of those songs that you could just relax around a bonfire and drink a beer to and feel the warmth. The track’s ’70s-influenced rock n roll could easily fit into your lakeside playlist or backyard if you can’t afford to make that trip. “I wanna take you out/ I wanna drive around /with you with the windows down” is the ideal example of summertime living.
– James Sullivan

Kaytranada – “You’re The One”

Glistening club n’ B you want to rub into your gums, Kaytranada and Syd have crafted the sort of track you absorb like Gatorade. It’s the sort of summer-friendly track that sounds glorious on a dark dance floor, a house party, or in your headphones when you’re actively avoiding the first two options. Play it at the right volume and glorious things happen. Play it at the wrong volume and glorious things will also happen.
– Dan MacRae

What does summer need, more than anything? An anthem. White Lung wasn’t necessarily known for that, but with the release of Paradise earlier this year, the punk group embrace huge hooks for their big single. And no, “Below” isn’t a banger, and it’s not a carefree summer jam — it’s a song about how superficial things can be fleeting, but the way they make you feel can still be real. And you know what, sometimes you just need to shout til your throat goes sore. Thank you, White Lung for all of that.
– Michael Depland 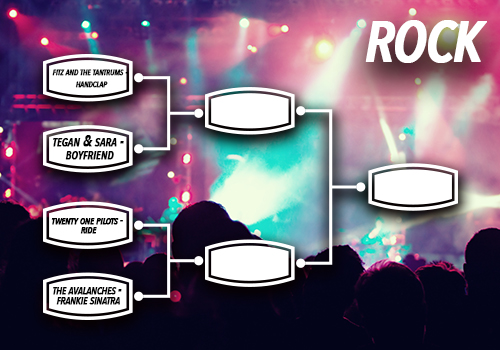 Tegan & Sara have crafted inspiring and fun indie rock for the better part of 20 years, but in 2013, the duo decided to turn things up a bit. The sisters chose to embrace a potent Synthpop energy that has served them incredibly well for their last two albums. “Boyfriend,” 2016’s Song of the Summer, gives everyone in America an opportunity to scream “I don’t want to be your secret anymore,” which is an excellent thing to yell, by the way.

The track has ’80s in its marrow, but it’s not a tacky piece costume jewelry on the group. They exercise an elegant touch which meshes gloriously with the romantic frustration unfolding in the lyrics. Even if you aren’t in the exact situation that Tegan & Sara sing about, it’s still relatable as hell, and something you will undoubtedly be singing along with this summer.
– Dan MacRae

You know this song and, more importantly, you know that every time it comes on the radio you hesitate to change the station. The whole vibe of this song just screams “summertime.” That’s because “Ride” has so many key elements a great Summer track requires: tropical melody, a big chorus you know after one listen, and the lyrics even talk about staying out in the sun.

You may not be a huge Twenty One Pilots fan just yet, but you’ll be singing “Ride” all Summer.
-James Sullivan

This weirdo, bizarre circus music is totally the Song of the Summer because the summer of 2016 is going to be a freaking clown car of insanity. The return of the Avalanches has meant many things, but if nothing, it’s totally emblematic of the strange times we’re living in.

You can play it cool but things are getting weird man and we need music to reflect the weirdness of the times, and sonically, “Frankie Sinatra” is this wavy, churning cosmic slurpee of a track we can’t help but drink up. Case closed. Embrace the chaos and insanity of it all, folks.
– Ryan O’Connell 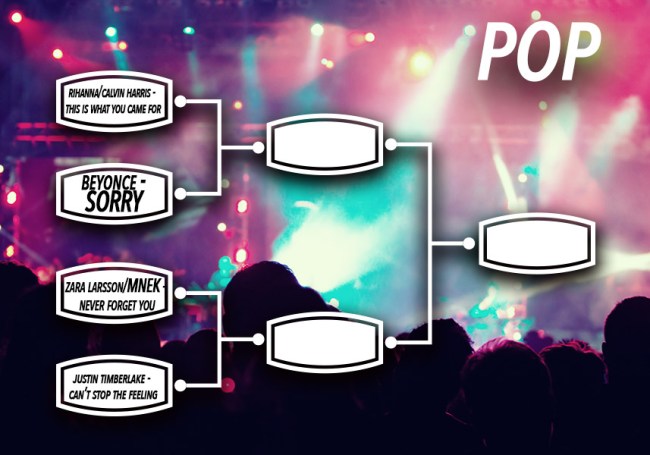 Rihanna & Calvin Harris – “This Is What You Came For”

Rihanna and Calvin Harris previously showed great chemistry with the monster hit “We Found Love,” and now they’ve got another winner on their hands with the mid-tempo, tropical house of “This Is What You Came For.” It’s a relatively mellow dance pop song which doesn’t seem like an earworm at first, until you realize that you’ve been nodding your head to the beat all along. For members of the Rihanna Navy disappointed by the more subdued direction of ANTI, the song title says it all.
– Eddie Fu

Why should “Sorry” be the song of the summer? Because modern society should wake up every morning, thankful to be living during the time of Queen Bey’s reign. Throughout her time as American royalty, her public image has taken many forms and each album embodies this distinctive transition. Lemonade epitomizes the Bey who is letting us enter her private world, and the specific song “Sorry” manifests what the album as a whole is about. Though tinged with an underlaying darkness and glazed with a melancholic feel, the undeniable beat is still one you can’t help but get up and dance to.
– Elisabeth Brier

WINNER: Rihanna/Calvin Harris – “This Is What You Came For”

You’re in safe hands with “Never Forget You” this summer. Zara Larsson is a treasure, MNEK is a treasure and as a combo package they’ve provided the globe with a dance marinated colossus. Ideal for parties with no air conditioning, soundtracking sexy teens as they cover up a murder (only to be stalked themselves) and any time you’d like to do a nice bit of twirling in the kitchen.
– Dan MacRae

You’ll hear this song more this summer than any other song in the running. You’ll hear it at your cousin’s wedding, at the bar or club, at the gas station. It’ll be playing where you buy new flip flops, where you get coffee, where you get delicious fish tacos. Your neighbor will be listening to it during a cookout; the people next to you at the beach will be listening to it. And every time you hear it, you’ll be totally okay with it, if not super okay with it because it’s a near perfect pop song. Actually, it might be a perfect pop song. JT strikes again!
– Ryan O’Connell 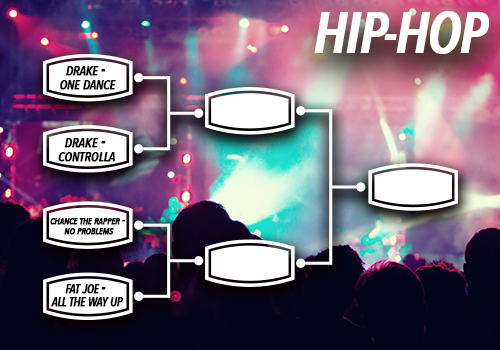 Why is “One Dance” the song of the summer? Because it’s a track that is impossible to get sick of. “One Dance” is dope background music, “One Dance” can be played for hours and you’ll at different times forget that it’s on and still be stoked that it’s on. “One Dance” could survive the apocalypse because its beauty is in its simplicity. Of course, if Drake also survived said apocalypse, he’d have plenty of material for a new album because he’d be so sad that no one else survived and they all abandoned him.
– Ryan O’Connell

It’s time to crown Drake the King of Summer Anthems. Last year, he held us down with “Hotline Bling” and “Back to Back.” The year before, it was “0 to 100/The Catch Up” and “Trophies,” and 2013 was all about “Hold On, We’re Going Home” and “No New Friends.” You get the idea. For Summer 2016, among the several hits he’s dropped, he gives us the irresistible “Controlla.” The dancehall record is fun, catchy and memorable — exactly how summers should be.
– Delenda Joseph

Perhaps one of the best types of bangers is the surprise banger. It’s that type of track that creeps up on you when you hear it, your head cocks like “Oh okay!” and then you’re immediately in the mood to party; it’s over. Fat Joe & Remy Ma, along with Song of the Summer 2012 winner French Montana, manage to harness this exact feeling on “All the Way Up.” It’s effortlessly cool yet relatable enough that anyone can join in. And those hot horns? Well, they just seal the deal right there. And I haven’t brought up the remix with Jay Z.
– Michael Depland

Voting for this round ends at 8 a.m. on July 5, vote early and often!