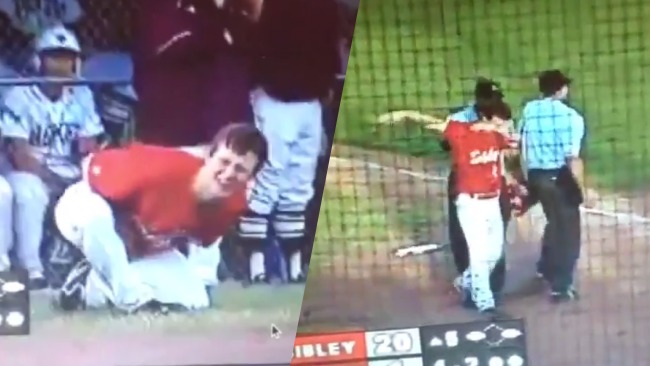 At this point, the Dab is tired. It’s overused. We’ve seen it a million times already.

But shame on you if you don’t respect this high school baseball player from Minnesota who used the celebration to shake off the crushing embarrassment of fouling a pitch straight into his own penis and testes. The only thing worse than getting hit in the balls is accidentally doing it to yourself, but this kid managed to fight through the pain and bounce back gracefully.

Initially, it looked like the victim — junior Dan O’Reilly from Henry Sibley High — had a seriously tough time coping with the devastation that he inflicted on his own balls.

But then the pain eased and it was time for redemption. O’Reilly inspected his package and discovered that everything was still in its place, then gave the thumbs up to his teammates. That alone would have been a fantastic reaction, but then O’Reilly dabbed as a couple of sympathetic umpires helped him off the field.

The Dab may be overused, but I’d say it’s a perfectly fine way to celebrate finding out you still have the correct amount of testicles.

As for the aftermath, it seems like O’Reilly is still in pretty good spirits. 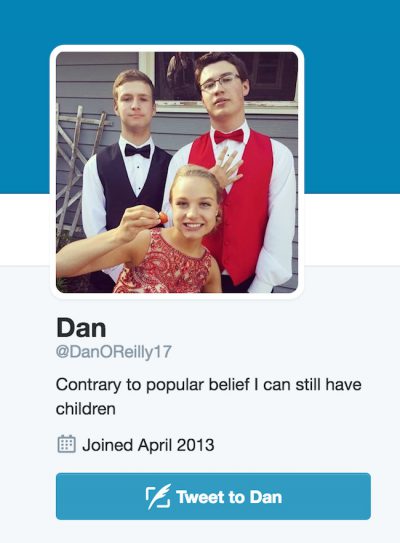