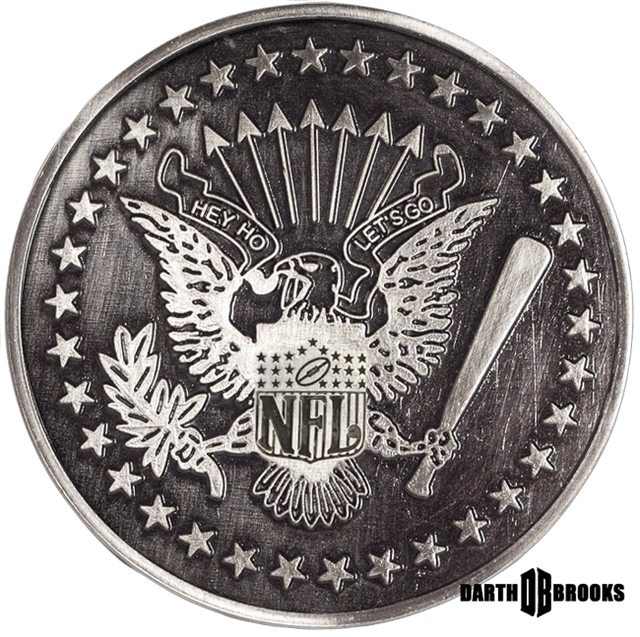 The lives of rock stars and superstar athletes are separated by a very blurry line. The two lifestyles can frequently overlap, and today it’s easy to see someone like Johnny Manziel as a sort of rock star, albeit one who already made his classic album and meaningful contribution and is now tumbling down the spiral making us all shake our heads and wonder what could have been. Sometimes these lines can blur even further — legendary makeup rock band KISS owns an arena football team, literally called The LA Kiss.

One graphic designer, who goes by the moniker Darth Brooks, also thought about the LA Kiss, and decided to take everything one step further and reimagine the history of the NFL if rock stars had been running it the whole time.

Darth Brooks is obviously a football history buff, because instead of slapping some band logos on a helmet and calling it a day, he took some older historical football photos and memorabilia and gave us a fake history in which rock bands ran the NFL. 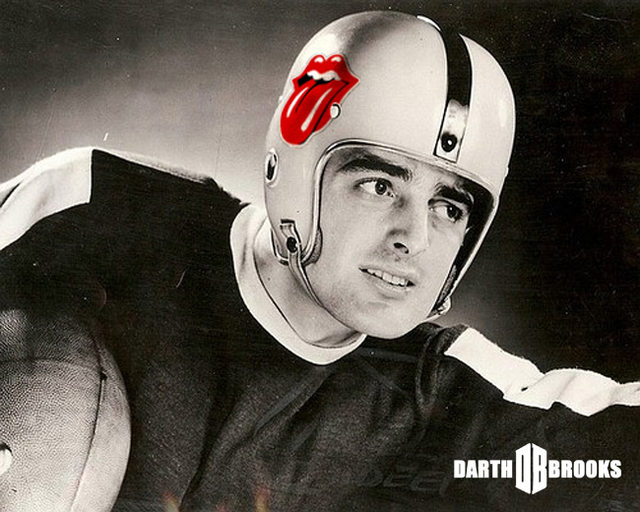 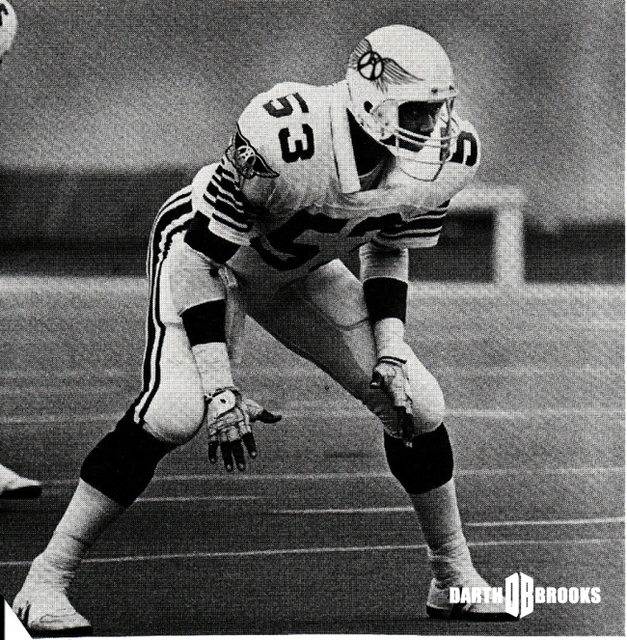 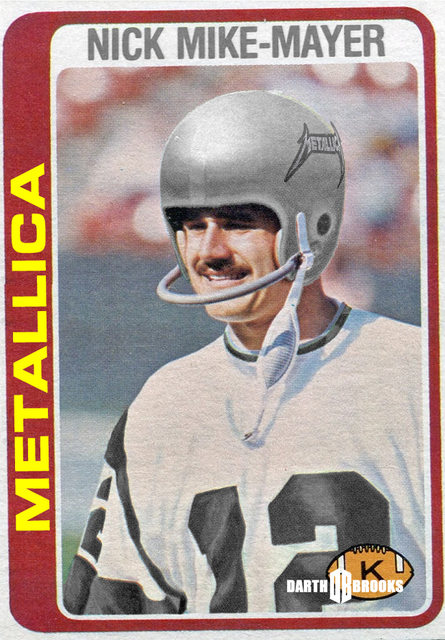 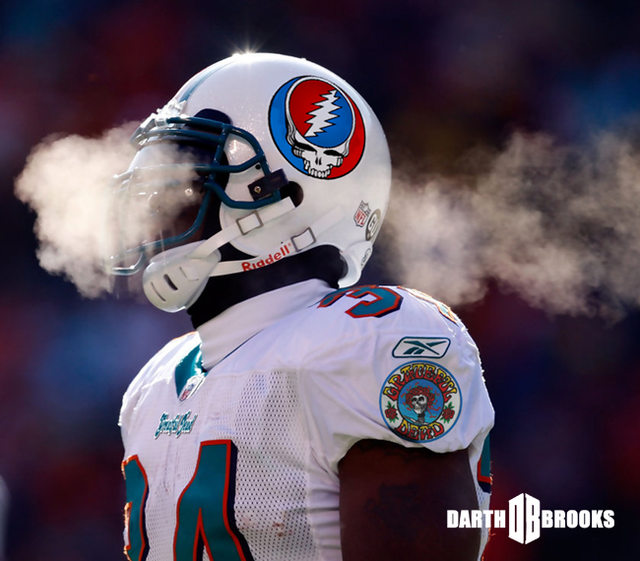 Of course, he still gave us some juicy NFL rock helmets to look at, too. 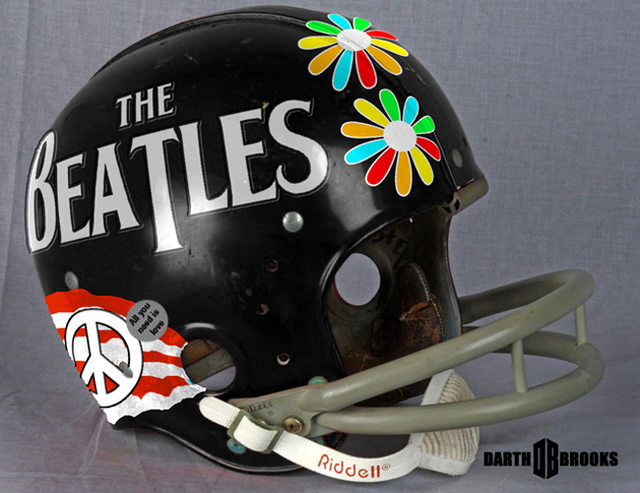 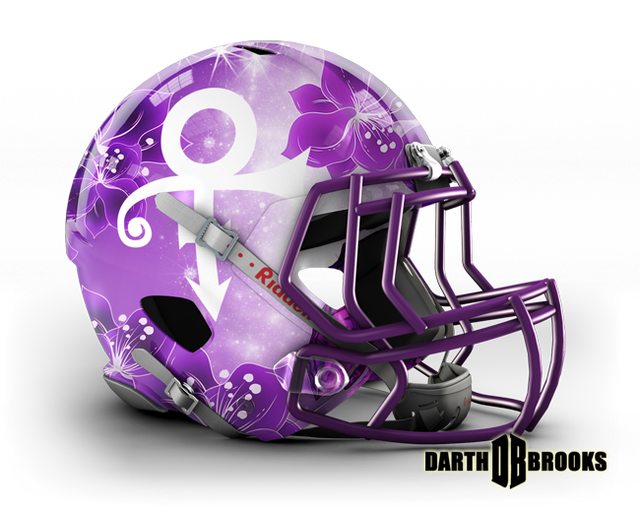 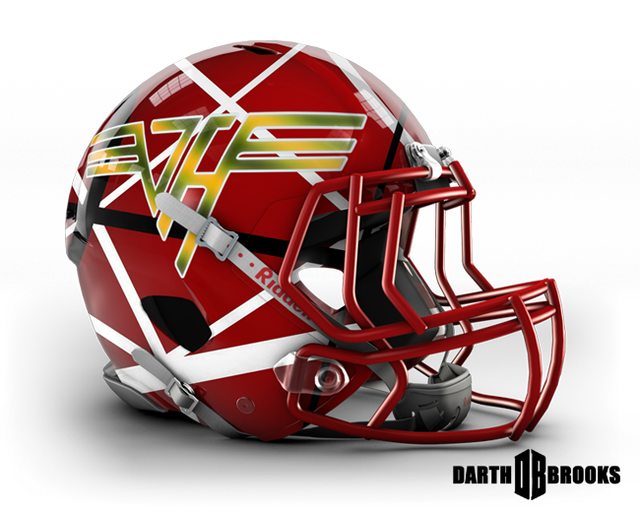 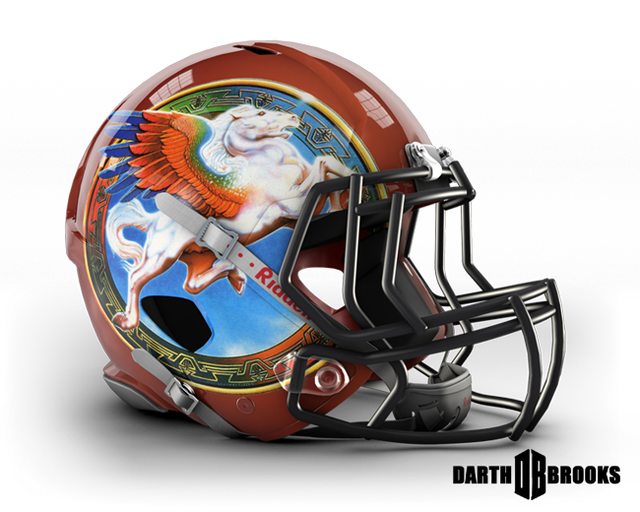 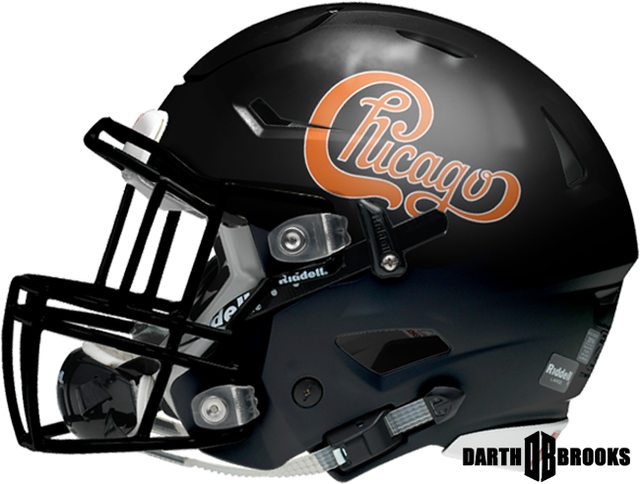 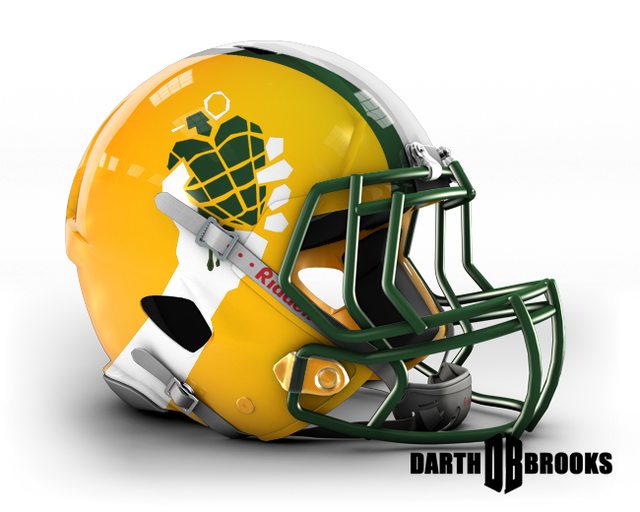 There’s much more to browse through, so be sure to check out the rest in his original post.