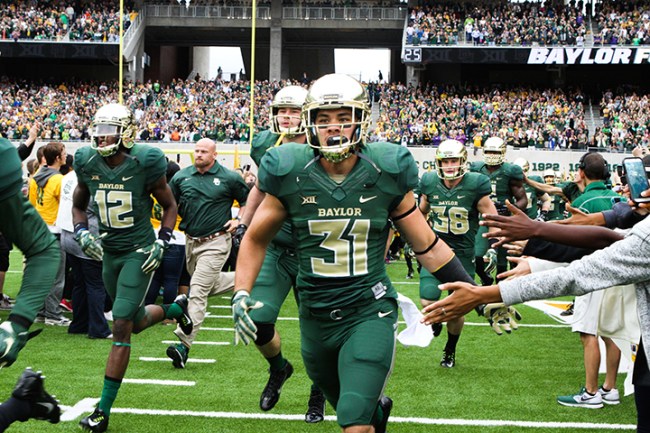 Silas Nacita was a walk-on running back for the Baylor University football team who was making it work in the classroom and on the field as a non-scholarship player. Without the financial means to afford a place to live near campus, nor any outside help from the athletic department, he began sleeping any place he could find, usually on the floor of a friend’s apartment. Recently, however, a close family friend was able to set him up with his own place. This is where everything went sideways. According to the NCAA rules, that type of “handout” constitutes a violation, so Nacita was ruled ineligible on Tuesday.

“Yesterday, the first day of spring ball, a player on my team was released from the team for accepting a place to live because he did not have the means to do it [on] his own. He was poor and needed help. He has been sleeping on friend’s floors just to have a chance to earn a scholarship. Who is the NCAA to take someone’s dreams from them because they can’t afford to live?”

ESPN’s David Smoak clarified the situation, indicating that Nacita has been released from the team due to “rules violations that impact his eligibility.” Nacita had been with Baylor football since joining as a walk-on in June. According to a profile by Sports Illustrated published late last year, in order to supplement the cost of books, Nacita would instead take pictures of text book pages from the campus book store and study them on his phone. Despite this, he still made Academic All-Big 12. On Wednesday morning, Nacita confirmed reports that he was no longer eligible to participate in football activities.

All I wanted to do was go to school and play the game I loved. pic.twitter.com/zYQ0HTaz05

The NCAA is fantastic!