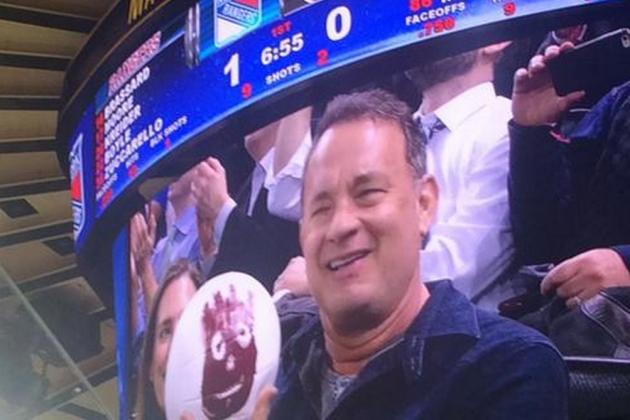 The crowd in attendance at Madison Square Garden for the Rangers game on Wednesday got a nice surprise when the jumbotron zoomed in on Tom Hanks, who was there with his friend and co-star Wilson from the movie Castaway. The two got a big round of applause from the crowd as it’s been years since they’ve been seen together, while many had assumed they no longer kept in touch.

Hanks just wrapped filming Ithica, a movie that reunites him with Meg Ryan and is due out later this year. As for Wilson, he was there with Hanks and a few other friends for what is assumed was his 15th birthday celebration.