Turns out, Eli Manning’s much funnier than we all thought, and it has nothing to do #ManningFace. Actor Kevin Nealon relayed a story to Conan on Monday about the hi-jinx and hilarity of those crazy Manning brothers at the SNL40 after party.

According to Nealon, one of the Manning’s (probably Eli) messed with his phone and changed the font to Chinese. Sure, it’s childish and stupid and kinda mean. But dammit, I laughed. I bet the Manning bros sat around the dinner table the next day and yucked it up at Nealon’s expense.

Eli made one of these faces, and Peyton laughed at him, then Eli laughed at Peyton for losing all those playoff games. Then, it just got ugly and Cooper had to break up the fight. 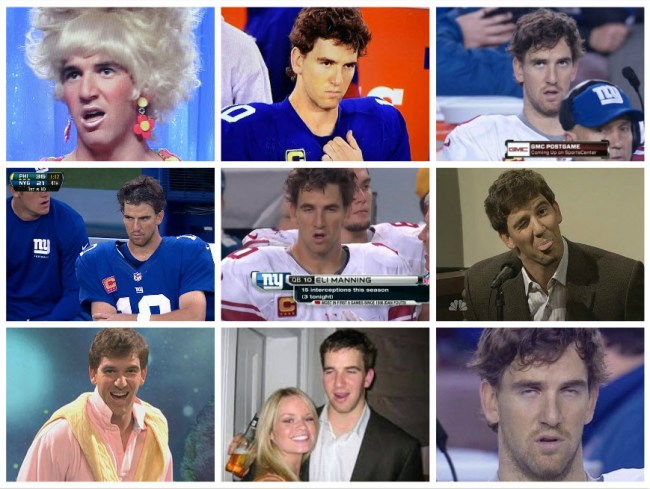