Did You Catch The ‘Iron Man 2’ Easter Egg In ‘Agent Carter’ Last Night? 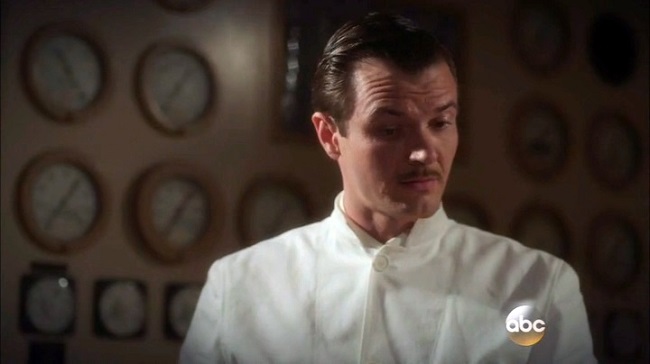 In yet another display of the Marvel Cinematic Universe being all-encompassing, omnipresent, and so complete that it’s possibly operating in another dimension of reality, ABC’s Agent Carter gave a little shoutout to Iron Man 2 last night in its series premiere.

Maybe you remember the brief appearance by Anton Vanko, the father of Mickey Rourke’s character, Ivan Vanko (aka Whiplash). The elder Vanko once worked with the father of Tony Stark, Howard Stark, played by Dominic Cooper in Captain America: The First Avenger. Cooper came back to reprise his role and lo and behold, there was his old colleague, being played by Costa Ronin (The Americans).

Ronin’s role as Anton Vanko was announced in November, so it didn’t come as a huge surprise to most Marvel die-hards. But that will not end the fun of speculating who else might show up during the eight-week series. Part of the fun of the MCU is how it straddles different eras — how cool would it be to see Peggy Carter get a beer with the remaining Howling Commandos? Or Black Panther, for that matter? Not only is there going to be a Black Panther movie, but there has been some rumblings of a cameo for the character on Agents of S.H.I.E.L.D. and in Avengers: Age of Ultron. Since the character first originated in Captain America’s World War II setting, maybe there’s a chance that something could come up on Agent Carter. Hey, we can all dream. And if we can’t dream, we can write fan fiction.