Coman O’Brien is a hero to comedy nerds, late night TV worshippers, Jay Leno haters and the pale. But, not all heroes wear capes. No, Conan knows he’s a skinny jokester who can only try his best, but with Team Coco behind him, he’s capable of anything.

With his crew in tow, Conan stopped by Ironhead Studios, the costume makers behind Batman V Superman, almost all of the Marvel movies and most importantly, the creators of Daft Punk’s robot helmets. They would help Conan realize his potential as a god among men.

It started out with Conan getting scanned. Look at his frail body. It’s like the beginning of Captain America. 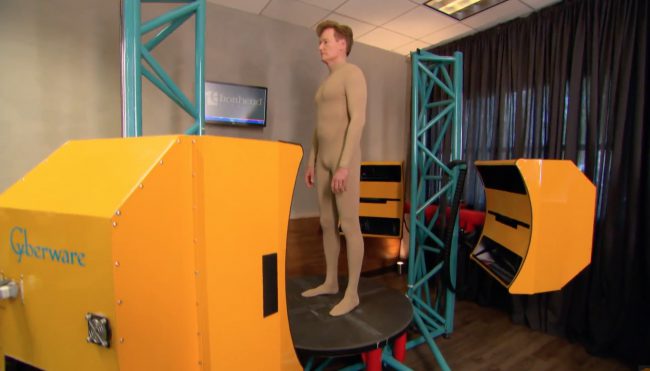 Then things took a weird turn as the well-coifed redhead turned into a bald, yellow monster like something out of a Frank Miller fever dream (or standard writing session). 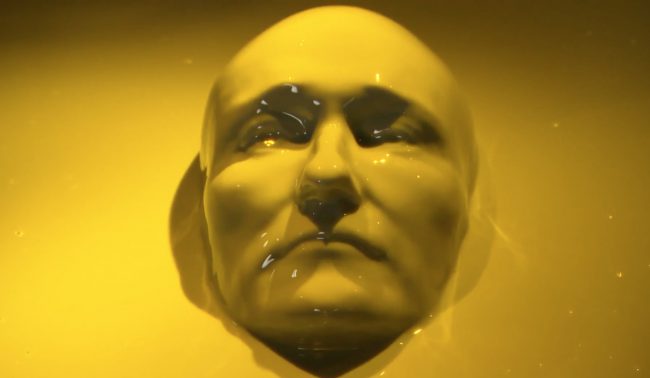 Finally, all was right with the world. Conan became augmented. He was enhanced. Every inch of him… every inch… was recreated up to his lofty standards. The regular Conan O’Brien who clung on for dear life in the 90’s as he sat behind the late night desk was gone. In his stead was SuperConan. 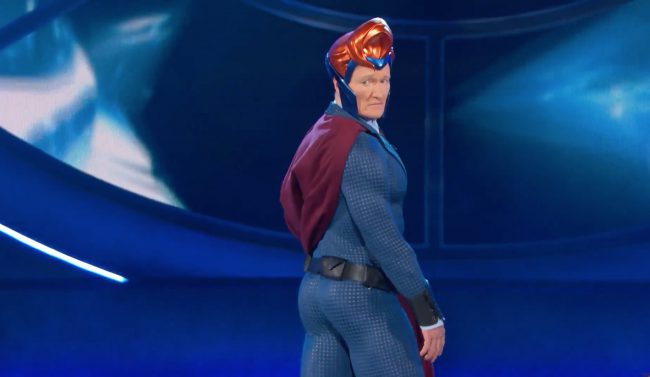 Now, Conan, his large package, giant hair and glistening buns could take over the world. His six pack would ripple underneath his form-fitting suit. His hair would be indestructible.