Friday Conversation: What Is Your 2015 Pop Culture Resolution? 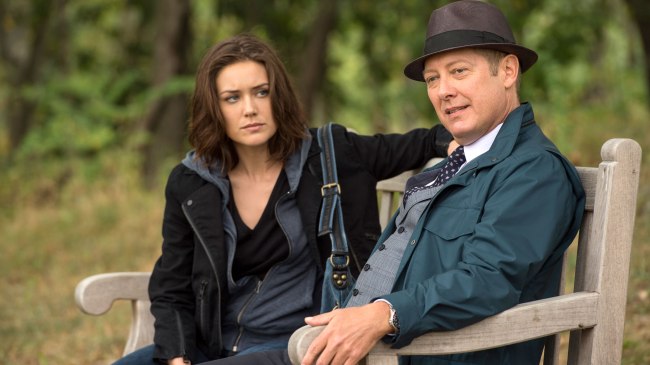 Well, it’s the New Year, which means it’s time to pump out a bunch of resolutions you have no intention of following through on. Or maybe you do intend to see them through. Maybe you’re sitting their right now telling yourself you can do. You will do it. Bless your optimistic little heart.

And so, while you’re all already in the mood, let’s toss another one on the fire: What is your pop culture resolution for the new year? Wanna stop watching a particular show? Or start watching one? Wanna see more/less/better movies, or catch up on things you missed? TELL US.

As for me, I just want to streamline things a bit. There’s too much … stuff out there, much of it very good. But trying to consume it all, even if it’s your job, can drive you mad. I want to be better about picking my spots. It’s gonna mean some tough, hard choices. And I’m gonna get yelled at when I tell people I gave up on their favorite show. But them’s the breaks, I guess.

Below, please find some resolutions from the UPROXX staff. Feel free to drop yours in the comments.

I’m going to stop making fun of shows and movies I don’t like. Obviously, I’ll still carry on the beloved tradition that is my Worst Movies list, because that is more of a celebration of Hollywood’s endurance of stupidity than it is an exercise in shaming. But there’s no point in, say, me openly wondering why people love The Big Bang Theory or pulling out my hair over Entourage earning a guaranteed $100 million at the BROx office. People are going to poop, whether it be in a toilet or on a screen, and at this point I’ve finally realized that my time and words are more valuable when they’re spent praising the things I like. For example, we should all be watching Peaky Blinders on Netflix. It is marvelous.

I still haven’t watched Adventure Time. I know, I know, I’m terrible. I plan to remedy this post-haste.

I’m not going to let my job spoil another surprise Interstellar cameo or Gone Girl dong-hanging by waiting a week too long to see the new buzzing movie. Production, family, and my overall well-being be damned I’m going to see Avengers 2 at the very first showing at my local Cineplex.

I have this plan — which is either great or ridiculous, I’m not sure which — to try to watch a movie I’ve never seen each day. There are so many films I’ve yet to watch that I’ve been wanting to watch. I’m sure I’ll fall short of 365 by year’s end but I’m going to try.

I actually followed through on my 2014 pop culture resolution: stop watching shows that I didn’t actually enjoy but felt like I needed to. Sleepy Hollow, Nashville, The Blacklist — I wasn’t a fan of any of them, but still DVR’d every episode out of some cultural obligation that made no sense to anyone but me. I hope I’m as dedicated to what I pledge to do in 2015: learn more about country and metal music (or possibly form the world’s first country-metal band). I’m fairly well versed when it comes to rock, rap, pop, and punk, but I only know the obvious names for country and metal, the headliners like Hank Williams and Dolly Parton, Slayer and Iron Maiden. I’m a big fan of both genres, and if it means ignoring some current top-40 robot in favor of discovering a death metal song called “Napalm Satan’s Eyes,” all the better.

My pop culture resolution is to listen to Run The Jewels 2 on repeat until I can’t stand it anymore, then listen to it a few more times after that. As for TV, I promised myself that I will no longer watch mindless reality shows like Pawn Stars and American Pickers, in lieu of catching up on the 5 million shows on my DVR and Netflix queue. One show I can erase from my queue, though: The Blacklist. I can’t stand shows with lazy logic, and this gem has it in spades. For now, my eyeballs are devouring House of Cards, Hannibal, and Bates Motel.

Three or four years ago for Christmas my husband gifted me the The Larry Sanders Show: The Complete Series DVD box set. I was so excited! I didn’t even realize that the full series had come out. Prior to 2010, only the first season and a “best of” compilation had been released on DVD, so that’s all I had seen of the excellent series — in addition to a handful of episodes from when it originally aired on HBO.

That DVD set is still sitting on my shelf, unopened, still wrapped in cellophane. This year will be the year I watch it, I tell myself every year! But with so many good shows with streaming capabilities, I have less and less patience to deal with changing out DVD. NO MORE BULLSH*TTING AROUND. This year I’m going to make it happen.

It’s been about 6 months since I could confidently call myself a hardcore comic book reader. Whereas I used to read 10-15 books a month (which, come to think of it, probably doesn’t qualify as hardcore), now I’m lucky if I remember to pick up one. My excuses are common. There’s just never enough time to indulge in my former hobby of choice. Never any desire to push away my other hobbies (video game baseball, Netflix binging, basket weaving, crime solving) to read more words. Some people love to read voraciously after writing — I do not. I often want to get as far away from words as possible when I’m trying to recharge my batteries, but that desire is probably doing more harm than good because comics are the best way that I’ve found to get blood to my imagination, and without them, my mind is a bit dull and grown-up. I need to dedicate more time to books like God Hates Astronauts, Saga, Sex Criminals, Deadpool, Daredevil, and Captain Marvel in the new year. I need to finish Matt Fraction’s Hawkeye run and accept that it’s over, bro. Doing this will give me pleasure and it might just keep my imagination from growing necrotic.