With the highly anticipated sophomore season of True Detective approaching, HBO has released new, gritty poster art (posted below), and creator Nic Pizzolatto did an interview today with Medium. The award-winning author and screenwriter clears up a previous (and widely circulated) misconception and offers insight into the complex, ambitious plot set in California, a major departure from last season’s rural parishes of South Louisiana. He says there’s no relationship between the stories or characters from Season 1 because he wanted to fully commit to something new, but he promises that the two seasons have “a deep, close bond in sensibility and vision” and a “similar soul.”

Previously, we heard that this season would tell the story of “bad men, hard women and the secret occult history of the U.S. transportation system,” but part of that notion has been scrapped. Pizzolatto reveals that the latter portion of that statement is false, and there will be no secret occult history.

“That was a comment from very early in the process, and something I ended up discarding in favor of closer character work and a more grounded crime story. The complexity of the historical conspiracy first conceived detracted from the characters and their reality, I felt, and those characters are ultimately what have to shape the world and story. So I moved away from that.”

When asked about the grisly, nightmarish — and distinctively Southern Gothic — occurrences that characterized much of last season, Pizzolatto said it has its time and place.

“The gothic horror suggested by Louisiana’s coastal landscape didn’t feel appropriate … These new landscapes have their own unique voice and their own unsettling qualities … I think there’s a disconcerting psychology to this world and its characters have other kinds of uncanny reality with which to contend.”

There’s also good news for fans of musician/producer T-Bone Burnett, who has returned to score the series. His latest selection can be heard in this teaser. Pizzolatto says, “Original music plays a much greater role this season. The reasons for that are probably best explained by seeing the show.”

Until then, at least we have some posters. 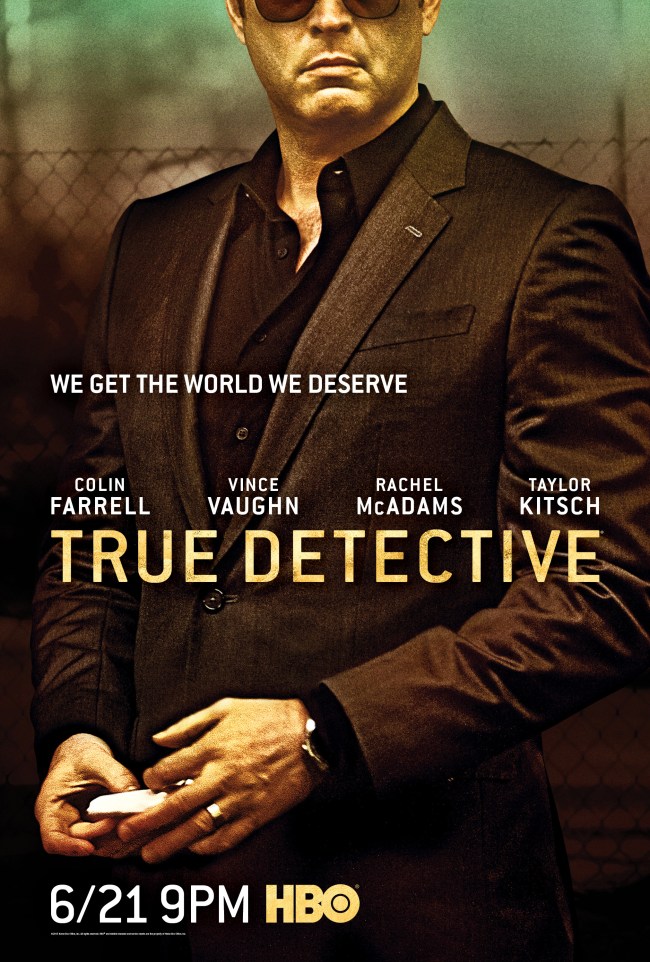