Why We Aren’t Ready To Say Goodbye To Peggy Olson 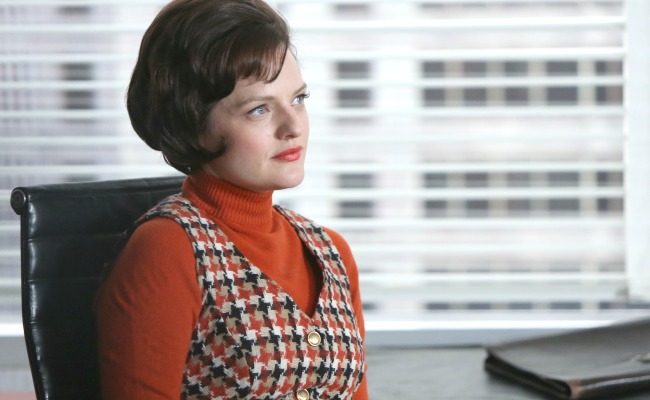 Mad Men has, to this point, been as much about Peggy Olson — the once mousey secretary with those darling little ankles and the splendid audacity to bust out of her pre-assigned role — as it’s been about Don Draper, as they both evaded the destinies prescribed to them because of her sex and his station. If Matthew Weiner lures Don away from his hobo adventure to come home for the sake of his family, and allows Peggy’s triumphantly hungover hot sh*t McCann-Erickson entrance to stand as our last glimpse of her while focusing on wrapping up Don’s story, we will have been shortchanged. Same as if Weiner brings us ahead a few years to show all the characters tucked neatly in their beds with all of their wish list items checked off, including Peggy’s.

It’s never been about the destination with Peggy, a perpetually restless character, reaching for more. It’s about the climb, and her’s is really just beginning now that she’s at McCann, a place filled with reptiles in business suits who aren’t interested in taking orders from women. As Ferg Donnelly says to Joan when Peggy’s copy chief role at SC&P is mentioned, “It’s different with a bunch of writers fresh out of Columbia, and, honestly, I doubt that’s going to continue.”

How will Peggy respond to an atmosphere where she’s stuck working exclusively on products that are “in it, near it, or [which] makes you think about it” at McCann? How will she do in a place like that — a place much bigger than SC&P or CGC — without Don Draper in her corner or a version of Ted Chaough with the pull or desire to do more than be a smiling cog?

For years, Don hasn’t been Peggy’s protector. He’s simply been one person (along with Ted and Freddy Rumsen) who reliably looked past the haze of the times to see the shine of her talent and the same chip on her shoulder that a young fur salesman once had. To watch Peggy push her way through the thorns at McCann, dealing with the highs and lows of that fight while armed with her tenacity, her hope, and the creative genius at play in the Burger Chef pitch — “And you’re starving, and not just for dinner.” — would have been captivating. Instead of a Better Call Saul-esque spin-off, Peggy Olson’s will be the greatest story that Matthew Weiner never told… fully, that is. No matter what happens on Sunday night, Don Draper will have finally reached the end of his road, and that means we can’t tag along to see how Peggy eventually gets to where she’s going, even if it’s someplace entirely different.