Despite An Early Renewal, ‘The Brink’ Will Not Return To HBO For A Second Season 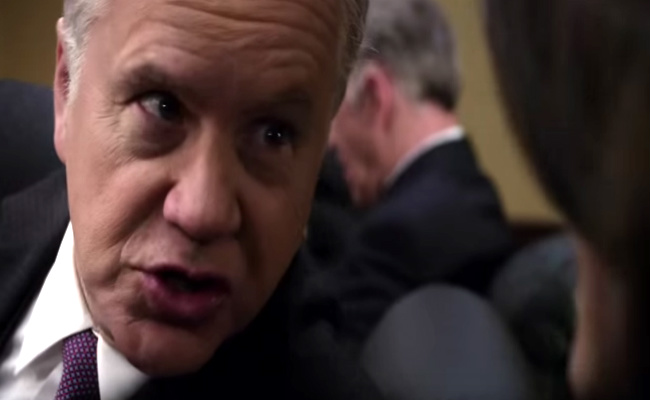 If you were one of the (not many) fans of HBO’s summer political comedy The Brink, we have some bad news for you.

Turns out that despite the network giving the Tim Robbins/Jack Black starrer the thumbs up on a second season in July, plans have changed course and The Brink has officially been canceled.

HBO released a statement to EW this week which read: “After evaluating our schedule and our programming needs, we unfortunately decided we cannot give The Brink the attention it deserves for a second season. We are proud of the first season and wish everyone involved in this show the very best.”

The Brink featured Robbins as a randy U.S. Secretary of State, Jack Black as a lazy state department drone and Pablo (brother-of-Liev) Schreiber as a drug dealing fighter pilot all taking different tacks in an attempt to prevent World War 3. The show’s ratings weren’t great and the reviews were mostly middling, evidenced by a 54 percent score on Rotten Tomatoes.

What does this really mean? It means that if you’re jonesing for some real, edgy geopolitical satire, forget The Brink and go watch Dr. Strangelove.