A recent episode of the brilliant Radiolab podcast covered the contributions of Allen Funt and Candid Camera to television history. The prank show was essentially the first reality television show ever, although it began as something else entirely: a way to ease soldiers into complaining about their time in World War II. Allen Funt was the host of a radio show at the time called “The Gripe Booth,” where soldiers would come into his studio and talk about their gripes. However, he found that the soldiers weren’t very good on the radio if they knew they were being recorded, so he did a dry run first, telling the soldiers that the mic wasn’t on. He recorded them secretly and ended up using those secretly recorded conversations on his show.

As relayed by Radiolab reporter Latif Nasser, this morphed into a Candid Camera radio show and later, a television version. It did not go without controversy, however. Listeners and viewers frequently complained that it was a form of eavesdropping, an invasion of privacy. It wasn’t until years later that Funt stumbled upon the idea of the “reveal”: At the end of each segment, he’d say, “Smile, You’re on Candid Camera.”

That one change dramatically altered the show. What was once considered an invasion of privacy was transformed into a harmless, amusing prank. The reveal let the victim of that prank in on the joke. It seems intuitive now, but until Candid Camera did it, the “reveal” was a foreign concept. Imagine an episode of Punk’d in which Ashton Kutcher never tells Justin Timberlake that it was all a prank, ending the segment with Timberlake crying on his stoop, believing the IRS was seizing all of his property. 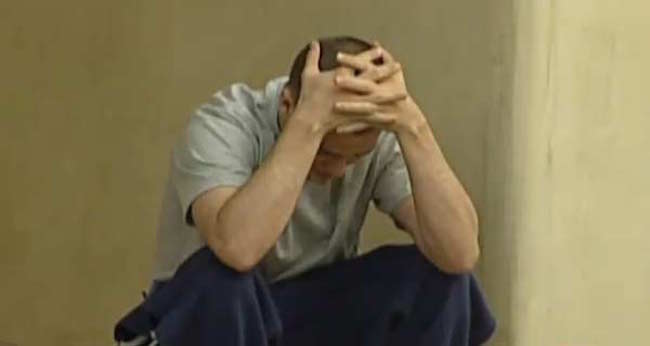 That one tweak completely changed Candid Camera. Instead of a low-rated show that bounced from network to network, it became one of the most-watched shows of the 1960s.

That came as a double-edged sword, however, in 1969 when Allen Funt, his wife, and two of his young children took a flight from Newark to Miami. During the course of that flight, a hijacker grabbed a stewardess and put a knife around her neck, instructing the pilots to fly to Cuba.

Accounts vary on exactly what happened next, but according to the pilots and several passengers on the plane, including Marilyn Funt (Allen’s ex wife) and their child, Juliet Funt, as told on Radiolab, this is how it went down:

For a while, the passengers on the plane simply waited, frozen. That is, until one woman recognized Allen Funt.

“All of a sudden she bolted up and said, ‘Wait a second! We are not being hijacked. It’s a Candid Camera stunt.’ The plane went absolutely crazy. Everyone started laughing. People were stamping their feet. Attention drifted off the hijackers. People were asking [Funt] to sign their air-sickness bags.”

During the entire ordeal, however, Funt kept insisting that he wasn’t involved and that they were actually being hijacked. No one believed him. In fact, at one point, he saw a priest and tried to persuade him to convince everyone else that it wasn’t a stunt, that the hijacking was real. Even the priest wasn’t buying it.”You can’t get me, Allen Funt,” he said. “Oh no you don’t!”

Later on, when the hijacker heard the commotion, he peeked out of the cockpit and into first class and everyone allegedly applauded, as though recognizing him for his role in the joke.

Funt himself was so flustered with it all that he even attempted to hatch a plan to take care of the hijackers himself, but a flight attendant and his wife prevented him from doing so.

The reveal, however, came when the plane actually landed in Havana instead of Florid. The plane was quickly surrounded by Cuban military officers. That’s when the people on the plane realized for the first time that it was actually a hijacking. The twist here, however, is that the passengers were so unhappy that, as they filed off the plane, they took their anger out on Funt, insulting him for tricking them.

“And the last person in that line turned to [Funt],” according to his daughter, Juliet, “and said, ‘Smile, my ass.'”

The story was not without its happy ending, however. Funt and his family ended up being the well-fed guests of Fidel Castro for 11 hours.

“The hero and heroine of the trip,” Allen Funt would later say, “were my 1-year-old son William and 2-year-old daughter Juliet. They spent the longest day in their lives with hardly a whimper.”