Are You Prepared For Walt Jr. To Go From ‘Breaking Bad’ To The DJ Booth?

Walt Jr. is ditching breakfast to focus on his career being a DJ! At least that’s what we want to suspect is the storyline reason for this turn of events. The Breaking Bad star is joining many other celebrity DJs (think Hodor and not Paris Hilton) with his upcoming show on April 10:

RJ Mitte, better known as Walt Jr. from Breaking Bad, will come to NYC to DJ BB King’s on April 10. And the event is called Breaking Beats. Tickets are on sale now for $35 (the $30 early bird option is sold out), which is almost $30 less than Hodor’s DJ set at the same venue was. (via)

Here’s the poster for the event:

I don’t know about you, but I could go for a nice Breaking Bad themed dance off. I’ll wear my best yellow jump suit, there just better be an unlimited supply of breakfast food. 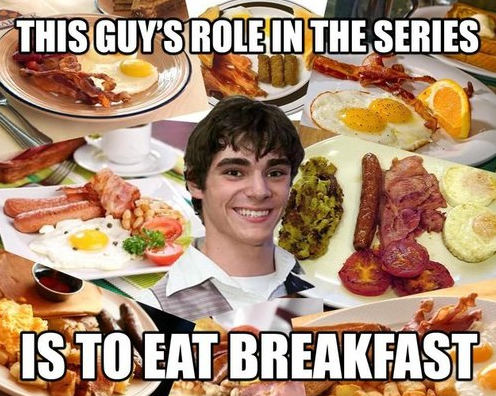