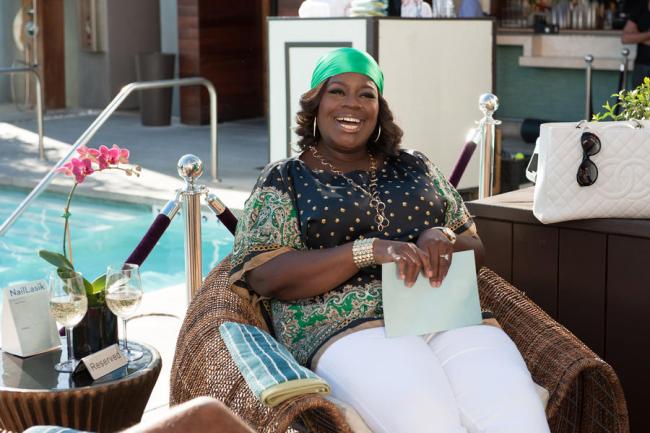 Parks and Recreation (NBC, 8:00 & 8:30 p.m.) – Donna’s getting married and the road leading to the big day has been pretty smooth. That’s in part due to the bride-to-be’s maid of honor choice. April might be a cranky, unsociable b*tch most of the time, but she has no problem wrangling in Donna’s family and making people cry (and by people I mean 90s R&B star Ginuwine).

Masterchef Junior (Fox, 8:00 p.m.) – Gordon Ramsay’s daughter makes an appearance and challenges the contestants to cook a Ramsay family favorite. Here’s hoping she’s more of a ball-buster than her dad has been on the show so far.

The Flash (CW, 8:00 p.m.) – Caitlin and Barry are on the hunt for love at a karaoke bar and the team is tasked with tracking down a meta-human who just teleported her boyfriend out of jail.

Marvel’s Agent Carter (ABC, 9:00 p.m.) – Peggy reunites with her old crew, the Howling Commandos, for a mission in Russia while her mysterious neighbor Dottie uses her Black Widow skills to target our favorite female agent back at home.

New Girl (Fox, 9:00 p.m.) – Schmidt and Nick enter a business partnership and struggle to come up with a worthy product to sell on QVC. Personally, I think every man would like a “Swuit” (a suit made entirely out of sweatshirt material) in his closet.

Supernatural (CW, 9:00 p.m.) – Sweet little Hansel, from Hansel and Gretel lore, is now kidnapping people and turning them back into children so that an evil witch can, I don’t know, eat them or something.

About a Boy (NBC, 9:30 p.m.) Will’s still broke so he’s forced to actually work in order to support himself. The horror.

Justified (FX, 10:00 p.m.) – Boyd and Harlan County’s new big bad clash over a bank job while Raylan follows a trail of explosives that could lead to a confrontation.

Chicago Fire (NBC, 10:00 p.m.) – As long as these crossover events keep performing well for NBC, the network’s going to keep coming up with plotlines to get the crews together. Tonight, Chicago P.D. stops by to help the firehouse gang solve Shay’s murder.

Kroll Show (Comedy Central, 10:30 p.m.) – Murphy’s getting married but Don isn’t feeling the love when he isn’t chosen as the best man. Elsewhere, Nash Rickey and Liz’s niece stand up to the Karaoke Bullies.