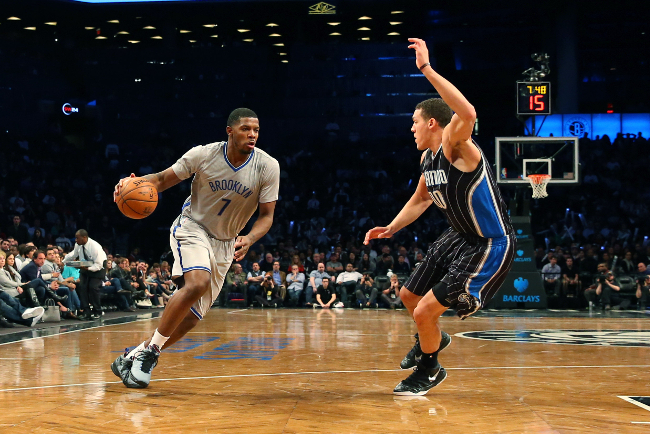 With 14 games slated for the NBA’s regular season finale Wednesday, there were all sorts of playoff implications looming for both the East and West teams still jockeying for position, and in particular for the four teams still trying desperately to lock up the eighth and final spots in both conferences.

The landscape is a little bit clearer now that the dust has settled.

Despite Russell Westbrook’s heroics in a gutsy, must-have win over the Minnesota Timberwolves, Anthony Davis and the New Orleans Pelicans were able to beat the Spurs and secure their first post season appearance since 2011.  The Thunder and Pelicans ended the season with the same exact win-loss record, but New Orleans owned the tie-breaker thanks precisely to what ended up being a serendipitous game-winning shot by Davis to beat the Thunder earlier in the season and give them the edge on their season series.

The Brooklyn Nets and Indiana Pacers faced a similar predicament going into Wednesday’s finale. The Nets needed to beat the Orlando Magic – which they did (101-88) behind a career-high 28 points from rookie Bojan Bogdanovic – to hang onto the eighth seed and improve their record to 38-44. However, that was contingent on the Indiana Pacers (38-43) losing their finale to the Memphis Grizzlies, which they did, 95-83. Due to Indy’s loss, the two teams finished the season with identical records. As with Pelicans-Thunder, though, the Nets owned the tie-breaker over the Pacers since they won regular season series between the Eastern Conference foes.

Had the Nets been eliminated, it would’ve been their first postseason absence since 2012 when they relocated the team Brooklyn. For the Pacers, this will be the first time they’ve missed the playoffs in the past five seasons. They also had a scary moment when Paul George  – who only just returned after missing the bulk of the season with a catastrophic leg injury –  pulled up lame with an indeterminate injury early in the fourth quarter and had to be carried off the court by teammates. For their sake, let’s hope it isn’t anything more serious than a calf strain.

Paul George said he felt a pop in left calf. Said its fine but a calf strain

Now, the eighth-seeded Nets will face regular-season juggernaut Atlanta Hawks in round one. They’ll travel to Atlanta Sunday for Game 1 on TNT. Brooklyn, for their part, should count themselves lucky to make the playoffs at all after blowout losses to the Bucks and Bulls put their playoff hopes in jeopardy. Complicating matters were comments from former Net Paul Pierce yesterday in which he questioned Deron Williams’ leadership and dedication. Regardless, they won’t stand much of a chance against a tightly-strung Hawks squad that has bulldozed opponents all season long unless they can shed some of the listlessness they’ve shown throughout significant stretches of the year.