I'm weak yo ?? my teammate @Tmc24Clary tried to dunk over all these kids. pic.twitter.com/9TTYd8LA2M

Tyrell Clary’s recent trip to an elementary school for a dunk showcase didn’t exactly go well for one poor student, who ended up with a face full of crotch on an ambitious slam attempt.

At one point during the event, Clary, a forward for Wallace State in Alabama, decided he would try to dunk over seven small schoolchildren. That turned out to be one small child too many, as the young child in the blue shirt and jorts got absolutely wrecked as Clary descended from the heavens crotch-first into the kid’s face.

The jam was completed and it’s probably safe to assume the kid was ultimately okay, maybe only after a few minutes of shame and misery.

You probably don’t need any added amusement from this video, but it’s worth noting that the woman filming can be heard yelling, “Hey, in the blue! Turn around!” just before the attempt. If only that kid knew what he would be turning around into… 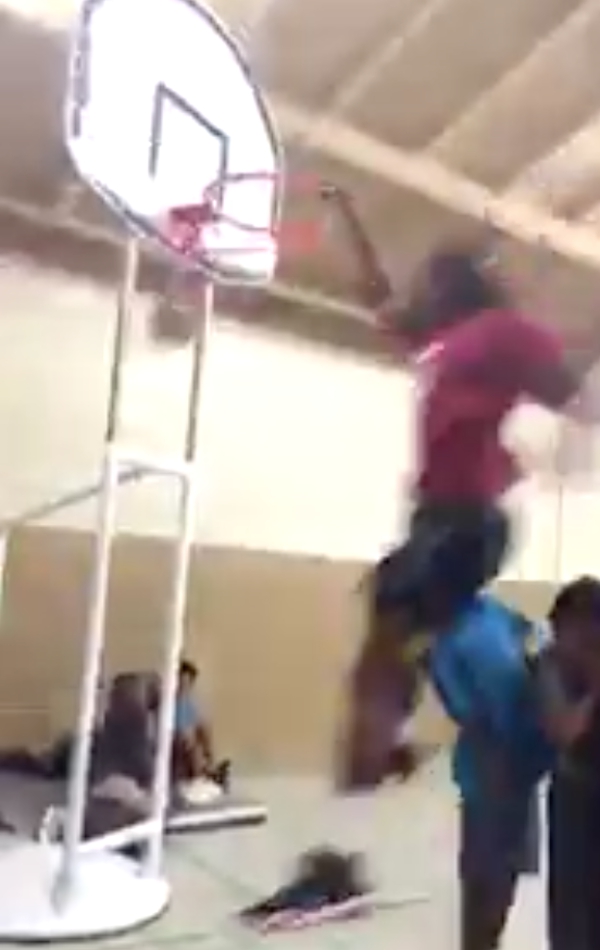