What The Hell Is Going On In The State Farm Cliff Paul Commercials? 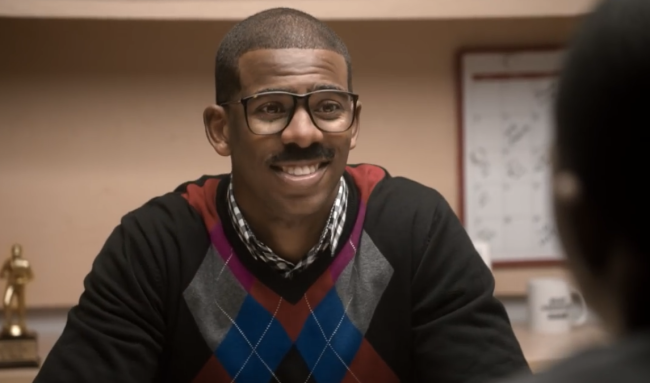 Let’s start at the beginning. The beginning is a good place to start.

A few years ago, State Farm rolled out the first of what would eventually become a series of commercials featuring Cliff Paul, the long lost twin brother of NBA All-Star Chris Paul. The gist was as follows: After a nurse accidentally separated them via butt bump, they were raised separately but developed similar attributes. Chris developed into a world-class basketball player known for his passing, and Cliff apparently became a helpful guy and insurance agent. The commercial raised at least two pretty important questions:

So there were lots of holes here from the beginning. But whatever. Baby Cliff was also apparently taken to a baby optometrist — an optometrist for babies, not an infant who performs eye exams (although it could be both!) — and outfitted with black-rimmed prescription glasses before he left the hospital, so let’s give them some leeway.

Years passed. The twins grew close. We learned a little more about them. They apparently moved in together at the age of 29. They went to the mall once, I think. Things were looking up for the reunited brothers who were separated 30 years ago today — May 6, 1985, according to the original ad — thanks to an incompetent hospital staff and a mother who apparently couldn’t count to two. (Unless… wait. Was Cliff swapped with another baby who was raised as Chris’s non-identical twin for over a quarter century? If so, what happened to that guy?) Then late last year, Don Stockton, mustachioed brother of John Stockton, showed up and recruited Cliff into some sort of Avengers-like secretive organization made up of identical twins of famous basketball players who… help people? With their boats? This part isn’t very clear. Good for Cliff, though.

All of which brings us to the most recent commercial.

Look at Cliff Paul in this commercial. Look into his eyes. There’s something evil going on in there. What in the world happened to the nice helpful twin we had all come to know? Are… are we now supposed to believe something sinister has been afoot the entire time? This is a disquieting-ass twist, and as far as I can tell, after a lot of thought (too much thought), there are four possible explanations for what is going on here.

1) The real Cliff Paul is being held hostage

What if, as part of his work with Don Stockton’s elite team of twins, he was investigating a syndicate of, uh, whoever it is they investigate, and he was kidnapped? And what if they replaced him with someone who was cosmetically altered to look exactly like him? And what if it was all a ruse to step in and get to Chris Paul, possibly to have Fake Cliff steal his identity and become him during the playoffs? And isn’t this kind of the plot of The Naked Gun 2 1/2?

2) This has been the plan all along, and the clumsy nurse from the hospital was in on it

Short version: The hospital staff was in cahoots with the family that raised Cliff on a slow-burning 30-year plan to steal the identity of a baby who would eventually turn out to be a famous millionaire, and Cliff spent his entire life up until their meeting as a child spy in training. It’s almost too easy.

Maybe the excitement of having a brother started to wear off. Maybe reality started to sink in, and it hit Cliff that now he would always be known as “Chris Paul’s brother” no matter how many people he helped through non-basketball purposes. Maybe it all got to be too much. Maybe he just wanted to see — for a little — what it would be like to be Chris. Maybe it felt good. Maybe it felt really good. Maybe he felt the power of fame rushing through his veins and it was intoxicating. Maybe he can’t stop now. Maybe if Chris wasn’t around he could do it more. Maybe he’s gonna take Chris on a boat ride. Maybe only one of them comes back. Maybe.

4) Chris Paul is paranoid and delusional

But there’s another way to see this. What if Cliff Paul is the normal one here and we’re just seeing him through the filter of an increasingly paranoid Chris? What if Chris is becoming suspicious of this new addition to his life and his mind is going 100mph connecting dots that aren’t there? What if the next commercial is about him at a psychiatrist’s office and then the camera pulls out and Chris sits up and sees that the psychiatrist looks like Cliff Paul, too? What if he ends up imagining himself an entire world of Cliff Pauls? WHAT THEN?!