Marvel’s hip-hop variants are a big hit. If you’ve gone to your local comic book and noticed you can’t find a single one on the rack, then you’re well aware of that. Like any good company who likes making money, Marvel is at it again with a batch paying homage to LL Cool J, Wu Tang Clan, Big Daddy Kane, Chance The Rapper, Kevin Gates, and Salt-N-Pepa.

Playboy got the drop on the rest of the internet this morning, proving once and for all they’re not just for “good articles” anymore. Marvel’s HNIC, Axel Alonso, had a few words on the continued relationship between Marvel and that rap music your mother warned you about.

“Comics and hip-hop share a common narrative: They’re all about underdogs struggling, striving and persevering against overwhelming odds,” explained Marvel’s editor-in-chief. “So it’s no surprise that so many rappers have been influenced by the Marvel mythology or embraced the Marvel heroes over the decades. The hip-hop covers were our way of showing that the love is reciprocal. A lot of the writers, artists and editors that make Marvel Comics are inspired by hip-hop, and it shows in their work.”

He’s absolutely right about their writers being inspired by hip-hop. A couple years ago, I found a Notorious B.I.G. reference in an issue of Rocket Raccoon. It was the dopest thing ever because it was completely out of nowhere but felt completely organic. But I digress. For the covers, Nova does his best Chance The Rapper, the young Champions pretend to be the Wu, the new Ultimates sub for Salt-N-Pepa, and Jessica Jones imitates the now platinum Kevin Gates. “We picked Kevin Gates’ Islah for Jessica Jones because his body language simply nails who she is,” Alonso explained. 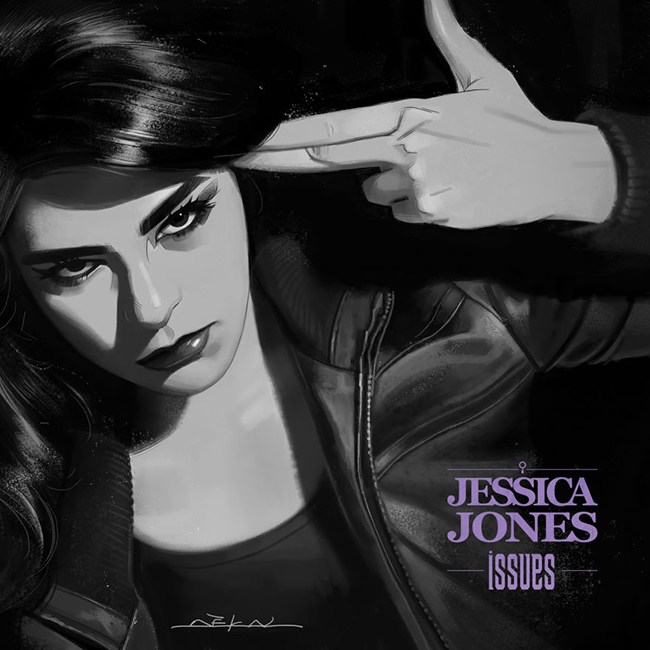 The cream of the crop though are easily Luke Cage and Dr. Doom filling in for LL Cool J and Big Daddy Kane, respectively. If there’s one cat in the Marvel U who’s arrogance, cockiness, and sheer audacity is a match for Kane, it’s Dr. Doom. With regards to Cage, he and LL are a match made in heaven and the Bigger and Deffer cover is iconic enough to fit a man whose TV series is about to takeover the world.