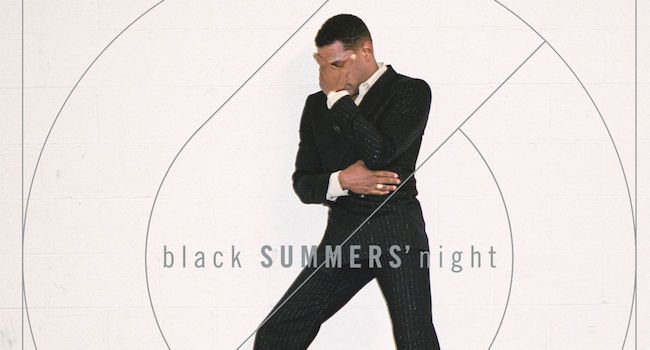 After a seven-year hiatus, neo-soul gawd Maxwell returns with the long-awaited sequel to his 2009 album BLACKsummers’night. BlackSUMMERS’night was suppose to get to our eardrums in 2012, but will officially be hitting stores July 1st. But for those who can’t wait any longer, Starbucks is currently streaming the entire project at over 7,500 of their locations in the U.S., a roll-out similar to Corinne Bailey Rae and The Heart Speaks in Whispers. On top of streaming BlackSUMMERS’night, the coffee chain is allowing Starbucks customers to listen to more Maxwell on their special curated Spotify playlist.

So what took the “Lake by the Ocean” singer so long? Art cannot be rushed!

“I’m just surprised fans are still interested—it’s amazing to me. I’m not really a fame or celebrity person,” the Grammy winner recently told Esquire about taking his sweet time to release new music. “It’s a little bit annoying to me—I’m an artist who likes to create music. I don’t want everything in my life to be an interview or a show. I’m here to live just like everybody else.”

Maxwell also wasn’t short on records for BlackSUMMERS’night either. While the album boasts 16 tracks, the singer also told the publication he had “hundreds of songs” he could’ve dropped, but didn’t. “I don’t have to suffer much. I realized I could release this new record, as I will, and what I’ve learned is that I don’t have to write it right now to make an impact. I take it from the perspective of writing a good song—who cares how hip or trendy it sounds?”