Pick of the Week
Ant-Man (Disney)
Ant-Man is one of those movies that gets points simply for not being disastrous. It was in the works for years — its development pre-dating even Iron Man — as a film to be directed by Edgar Wright from a script he co-wrote with Attack the Block‘s Joe Cornish. Then, at the 11th hour, Marvel and Wright parted ways, necessitating a new director and a last-minute rewrite. Enter Adam McKay, who reworked the script with star Paul Rudd, and director Peyton Reed, who years earlier almost got to make a Kennedy-era version of the Fantastic Four.

The seams show, but not as much as you might expect in a brisk, comic spin on Marvel superheroics. Rudd plays hapless criminal Scott Lang whose skills as a thief allow him to excel, eventually, when he takes on a shrinking suit created by the scientific genius Hank Pym (Michael Douglas). The film grinds to a halt when it has to spend too much time in the larger Marvel Cinematic Universe — as in an encounter with Anthony Mackie’s Falcon — but Rudd’s charming and Reed brings a light touch to the film. It’s hard not to wish for the Wright version we’ll never see, but the one we got will do.

The Blu-ray and DVD editions are anchored by a fun commentary by Reed and Rudd (albeit one that only mentions its troubled origins in passing).

The X-Files: The Collectors Set (Fox)
The time seems right to revisit The X-Files, Chris Carter’s great series about two FBI agents who investigate supernatural happenings. Not only is the series’ imminent revival earning great buzz, the paranoid climate is feeling pretty X-Files-friendly. Time also forgives a lot, like the fact that the first season takes a while to find its footing and the last few scenes feel like a few seasons too many. Still, when it was great, it was great, so it makes sense for fans to shell out for this brick of a box set that collects the series in the best form possible. 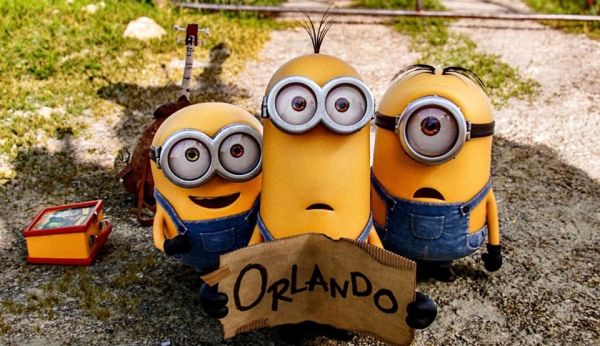 Minions (Universal)
What happens when characters who served as comic relief in the Despicable Me series get their own film? The answer: A movie kids are more likely to go for than grown-ups.

Knock Knock (Lionsgate)
Apart from a few films he produced, it’d been a quiet stretch of years for director Eli Roth. That changed in 2015 with the back-to-back release of his long delayed Green Inferno and this provocative home-invasion thriller starring Keanu Reeves as a happily married man menaced by seductive women.

Speedy (Criterion)
Fans of silent comic Harold Lloyd have had cause to celebrate over the past few years thanks to Criterion, which has been putting out nice editions of Lloyd’s best films. After Safety Last and The Freshman, Speedy continues that trend. Released in 1928, it was Lloyd’s last silent feature and, perhaps appropriately, casts him as a man out-of-step with the pace of the modern city. Bonus: Babe Ruth makes an appearance.

The Garbage Pail Kids Movie (Shout! Factory)
There’s really no reason that this 1987 attempt to bring the gross-out trading card series to the big screen should receive a loving Blu-ray. No one liked it then. Those who like it now are likely blinded by nostalgia. Nonetheless, Shout! Factory, as usual, has gone out of its way to present the best possible, features-packed version of a film the New York Times called “too repulsive for children or adults of any age.”