The 1980 PBS Logo Is The Greatest Horror Movie Ever Made 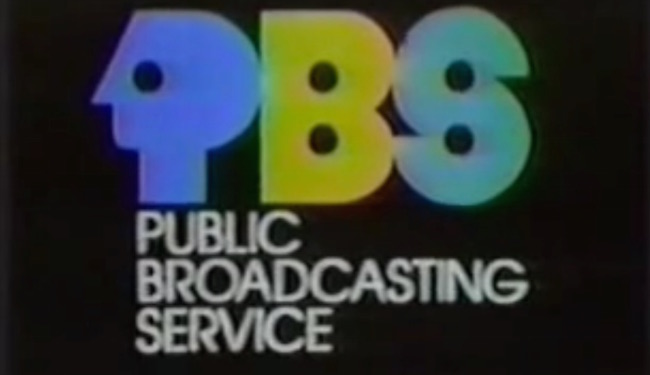 Earlier today, my editor told me that, with Halloween this weekend, he could use another piece about horror movies. It’s at this moment that I hung my head in shame and admitted that I don’t really know much about horror movies because I don’t like them.

On the surface, my response is reasonable. Fear is an emotion that isn’t inherently pleasant in real-life situations. Instinctively, it’s our bodies telling us, “Something is about to eat you. You need to either fight that thing or run from that thing.” Why I’d ever want to recreate this emotion in a controlled environment is beyond my ability to rationalize. And with horror movies, I’m not really allowed to fight the ghoul on-screen or run from it, so I just have to sit there and accept all of this. I get no joy out of this.

The thing is, though: I wish I did.

There’s a certain “coolness” to liking horror movies that doesn’t quite translate to other genre types. There’s nothing cool about liking, say, Mannequin. I’ve thought about this a lot. (I tend to often think about things I’m not and why this is a detriment to my life.) When someone is a fan of horror movies, that person is signaling to everyone that he or she is brave, whether that’s the intention or not. It’s cool to be brave. I am not brave enough to willfully sit through a horror movie; ergo, I am not cool.

In high school, I used to fake liking horror movies as a way to fit in, mostly around this time of year. “Yeah, you’re damned right I want to watch Halloween III: Season of the Witch tonight. Kick ass!” I never really thought this was “kick ass,” I’d much rather have watched Police Academy 4: Citizens on Patrol. But I would play along with the macho bravado — that really isn’t even gender-specific because I really seemed to be the only one who didn’t want to watch horror movies — because I didn’t want to admit that horror movies scared me and I don’t like being scared.

I’ve been trying to trace this back to a specific event, and I’m now convinced that a lot of this has to do with the PBS logo that ran after the end credits of Sesame Street and The Electric Company. I understand how that sounds, but, when I was 5 years old, this was the most terrifying thing in the world to me:

Now that I think about it, I should have changed my Twitter Halloween name to “PBS Logo.” Look at that demon “P” face! Fuck you, demon “P” face. I still hate it. And the demon “P” face is accompanied by some sort of electronic noise straight from the pits of Hell. I remember having to either rush toward the television in an effort to turn it off before the demon “P” face showed up, then turn it back on for my next show — or I’d run out of the room completely before it “got me.” I think this is why I stopped watching Sesame Street and started watching reruns of F-Troop, or whatever, just for the lack of the demon “P” face. There was never a conversation with my parents about outgrowing Sesame Street. I was more than happy to say goodbye to the demon “P” face forever. Ugh, I hate that guy. If you want to make a true horror movie, just put that logo on a repeating loop for two hours. (And, apparently, I’m not the only one who grew up scared of TV logos. Room 237 and The Nightmare director Rodney Ascher made a short documentary, “The S from Hell,” about the similar horrors of the Screen Gems logo.)

My favorite part of any horror movie is the beginning, when everything is normal. I try to trick myself that maybe the whole movie will be about just the trials and tribulations of moving into a new house and meeting new friends. I’ll think to myself, Oh, there’s a weird noise in the house? Well, maybe the sump pump needs to be replaced as opposed to there being a murderer lurking upstairs. Statistically speaking, the sump pump is the more likely answer.

I spend a lot of time in horror movies with my eyes closed. Now, I don’t cover my eyes, I just close them. I feel the people covering their eyes are the people who are enjoying the whole experience — in a, “I still want to see what happens, but it’s fun to look through my fingers,” kind of way. I just close my eyes when something scary might happen because A) I don’t want to be scared and B) this doesn’t make a scene.

(Speaking of scenes: In 2013, at an early screening of The Conjuring, there was a young child behind me shrieking the whole movie. I remember thinking, Who would bring a child to this movie? After the movie ended, I discovered the shrieks were coming from a middle-aged man. I am not passing judgment on this man, I only wish I could watch what was happening and have the opportunity to shriek.)

So, all of you horror fans out there, please enjoy your scary movies this Halloween. I know I’m not alone. I know there are others like me who hate horror movies, but wished they liked them so we felt like we belonged. People who wish they could make a simple list of horror movies for their editor. There are others like me who are absolutely terrified of a PBS logo from the early 1980s (okay, that’s probably just me). While you revel in your Halloween horror fun, some of us will be over here watching Police Academy 4: Citizens on Patrol. (But definitely not PBS.)