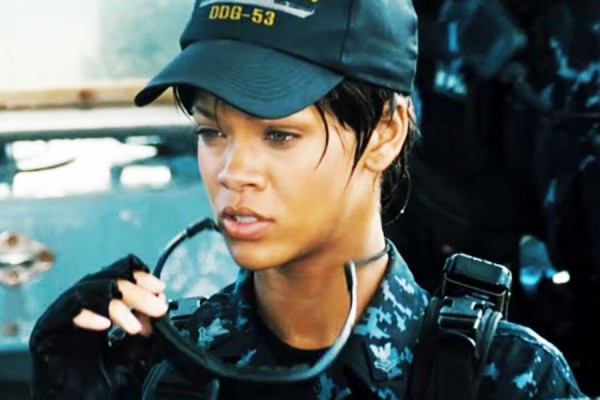 Rihanna is renowned for her ability to both smoke more weed and be more prolific than any other pop star on the planet. Girl can roll a fat blunt on her bodyguard’s head one minute and rack up more than a dozen No. 1 singles the next. So, it follows that Rihanna, in her infinitely chill wisdom, is not content to merely reign over the kingdom of pop music. Nay, Rihanna will next conquer the film industry.

According to Variety, Rihanna has joined the cast of Luc Besson’s forthcoming Valerian and the City of a Thousand Planets. Her specific role hasn’t yet been announced, but Besson, who revealed the casting via his Instagram account, shared that it was a “big part!!”

But you already knew it was a big part, didn’t you? Rihanna would not settle for anything less.

Valerian, adapted from a graphic novel by Pierre Christin and Jean-Claude Mezieres, unfolds in the “28th century, when humanity discovered time travel.” The film follows Dane DeHaan and Cara Delevingne as Valerian and Laureline, “agents of the Spatio-Temporal Service, which protects the planets of the Terran Empire” and who, according to EuropaCorp’s summary on IMDb, “under directive from their Commander (Clive Owen), embark on a mission to the breathtaking intergalactic city of Alpha, an ever-expanding metropolis comprised of thousands of different species from all four corners of the universe.” In other words, both you and Rihanna will be rolling blunts on your bodyguards’ heads before watching this movie.

Frequenters of Rihanna’s Instagram will recall that the elusive chanteuse and the supermodel-turned-actress have spent many an evening partying together in lush tropical locales—perhaps Delevingne put in a good word for her friend with Besson? Or perhaps Besson just really enjoyed Battleship?