We Should Be Talking More About ‘That Thing You Do!’ 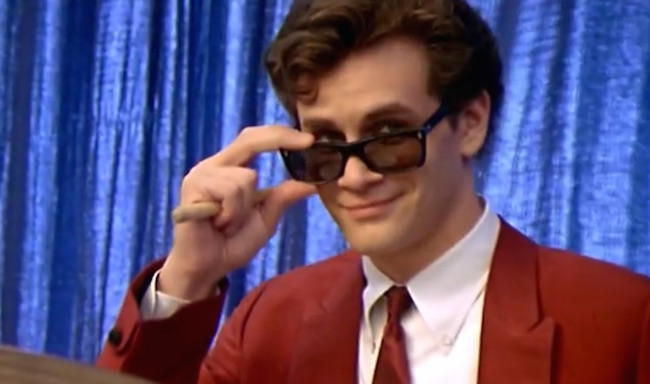 The other night, I was on Twitter and referenced That Thing You Do, a tweet that led to a multi-person conversation about the movie, a movie I didn’t think had much of a following because not many people talk about it these days. But it seems that a lot of people do love it, which got me thinking that maybe it’s a movie we should talk about more.

That said, the most remarkable thing, to me, about That Thing You Do! is that the song “That Thing You Do” is just so darn catchy. This is not an easy trick to pull off, creating a piece of fictional art that becomes so fictionally popular that it drives the entire narrative. For this to work, a viewer has to accept that, yes, everyone really would love this popular thing that all of the characters on screen seem to like. It’s hard enough to just create a popular thing on its own, let alone create a fake popular thing on a relative whim because it’s needed for a movie. Usually, this kind of thing winds up being like what we saw in this year’s Entourage movie: Vincent Chase directs this “amazing” movie, Hyde, but, when we see a clip from it, it looks awful and there’s no way any sane person would find Hyde appealing, let alone a runaway sensation.

And I’m not even picking on Entourage. If Hyde really were the true sensation that we were told it became, there’d be a real Hyde movie starring Adrian Grenier coming to a theater near you this fall. It’s hard to make a fake believable cultural touchstone because it’s hard to make a real one. But yet, the song “That Thing You Do” is an honest to goodness earworm. I remember a month in college where, blaring down the hallway between Blues Traveler and The Dave Matthews band, all of a sudden, I’d hear “That Thing You Do” by The Wonders. It made people happy. I honestly believe this song could have hit No. 2 in 1964. (Written by Fountains of Wayne bassist Adam Schlesinger, the song was actually No. 41 in 1996.)

And it’s a good thing “That Thing You Do” is such a good song, because, during the movie That Thing You Do! we hear it a lot. Fictionally written by lead singer of The One-Ders (later changed to The Wonders) James Mattingly (Johnathon Schaech), the song becomes a hit after fill-in drummer Guy “Shades” Patterson (Tom Everett Scott), in a dick move, really, speeds up the tempo of the song without telling anyone else in the band that this would be his plan. (The original drummer, played by Giovanni Ribisi, broke his arm after a freak “jumping over parking meters” accident. Which, when you think about it, is probably a pretty common result from jumping over parking meters.)

When That Thing You Do! came out in 1996, I really thought Tom Everett Scott would be a huge star. And the truth is, he’s had a nice career (he recently appeared in the Scream television series), but when he was playing Shades, he was electric. I just kept waiting for it to happen — I’m sure he did, too – but no other role was quite built for him like the one Tom Hanks had written for him in That Thing You Do! (When Guy is still working at his father’s appliance store, the way Tom Everett Scott delivers the word “avocado” when listing washing machine colors to prospective customers makes me laugh every time.)

I truly think Tom Hanks’ involvement as writer, director and co-star of That Thing You Do! helped make it a success, but is what also made it so easy to dismiss. Before That Thing You Do!, Hanks’ prior three live-action roles were in Apollo 13, Forrest Gump, and Philadelphia. His next role would be in Saving Private Ryan. Hanks was right smack in the middle of one of the hottest streaks an actor has ever had, garnering three Best Actor nomination, two of which he’d win.

The problem with this is, when That Thing You Do! was released, it felt like a little pet project just to humor Hanks, in a, “Oh, now you want to direct? Of course you want to direct,” kind of way. It seemed very insignificant when sandwiched in between Hanks’ other work at the time. Looking back, that’s not really fair. Just as “That Thing You Do” is a perfect little pop song, what Hanks actually did with That Thing You Do! was make the perfect little pop movie. It just wasn’t “important,” and back then there was this weird feeling that everything Tom Hanks did had to be “important.” That Thing You Do! would finish third in its opening weekend, finishing behind The First Wives Club and The Glimmer Man. It would go on to gross a modest $25 million, not bad for a first-time director with a cast of relative unknowns, but a blip on the radar for a “Tom Hanks Movie” at the time.

Re-watching That Thing You Do! today, it’s crazy how many people who are well-known today are actually in this movie. Hey, there’s Charlize Theron as Guy’s girlfriend; hey, there’s Bryan Cranston as Gus Grissom; hey, there’s Chris Isaak as Guy’s uncle; hey, there’s Paul Feig as a disc jockey. But the band themselves is what sells it. Just as The Wonders were being thrust into the spotlight, here are four actors – Scott, Schaech, Steve Zahn (who gained attention in Reality Bites two years before), and Ethan Embry (fresh off of the cult hit Empire Records with co-star Liv Tyler the year before) – who were all at the start of their careers. And here they were, being directed by the guy who had just won two Oscars.

Not only does Hanks not get enough credit for making the equivalent of a pop hit movie, he doesn’t get enough credit for his performance as Mr. White, an A&R rep who could have easily been played as a manipulative a-hole, but instead seems to actually care about the band members – though he’s hardly surprised when they quickly flame out and dissolve. He knows that the high of having a hit song starts to fade once a band is forced to make cameos in dumb movies like Weekend at Party Pier as Cap’n Geech & The Shrimp Shack Shooters.

The best scene in That Thing You Do! is when The Wonders are playing their first gig for Play-Tone in Columbus, Ohio. Right before The Wonders start playing, Zahn’s Lenny says to Guy, “Well, take us there, Skitch.” The camera then pans in on Guy has he slams down on his drums, starting “That Thing You Do!” It perfectly captures the innocence of that, “Holy sh*t, what is happening?” moment before life always gets in the way and ruins everything. But there are moments. And at that moment, there’s just joy and fear.

And with That Thing You Do!, it’s not really important that The Wonders break up. What’s important is that they made it at all, albeit briefly. Everyone wants to experience that moment when the four members of The Wonders are dancing around the appliance store after hearing “That Thing You Do” on the radio for the first time. That’s what this movie is about. But it never lasts. Eventually it falls apart.

Eventually, we all become Cap’n Geech & The Shrimp Shack Shooters.