Rounding Up This Week’s New Trailers: ‘By The Sea,’ Nicholas Sparks, and Sally Field 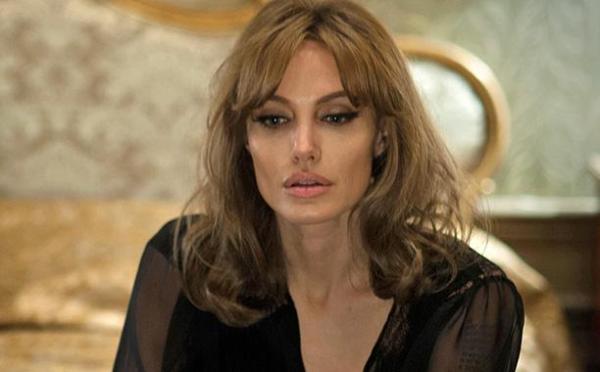 Sometimes, a trailer drops that is not Star Wars. By way of proof, here are some of those trailers, all of which were freshly pressed and folded inside the Internet this week:

Angelina Jolie and Brad Pitt have a stupidly perfect marriage, and as such, their only form of entertainment is to pretend to fuck up their marriage on screen, in the same way that rich kids pretend to be homeless for a few hours and then write college essays about it. The new trailer for By the Sea, written and directed by Jolie, is rife with this type of sadistic play-acting. Angelina and Brad play a couple whose marriage is slowly degenerating, even though they’re living in France in the 1970s and look like Angelina Jolie and Brad Pitt. Angelina moodily puffs away at a cigarette. Brad stares out a cafe window, overcome with ennui. Angelina lounges around glamorously and, because she is hanging upside down over a velvet couch, happens to see that there’s a hole in the wall. Brad shoves Angelina into the wall! She pops some pills! He punches a sink! You guys get it.

The Choice (out February 5)

Pay attention, y’all: Benjamin Walker is about to tell you the secret to life. Also pay attention because there are going to be 140 plot twists that happen in this trailer for Nicholas Sparks’ The Choice. Our boy Benny stars as Travis Walker, a Southern gent who falls in love with his adorably insouciant neighbor Gabby (Teresa Palmer). Travis’ dog knocks up Gabby’s dog, and they bond over a little of puppies. But Gabby has a boyfriend! And he’s Superman (Tom Welling). But Travis and Gabby make out anyway. Then Gabby’s all, “I don’t love you!” Then Gabby is hospitalized. But then she disappears from the hospital because she’s mad at Travis, and Superman punches Travis in the face. Then she’s… hospitalized again? After getting in a car accident? Why is she in so many hospitals? Also, Maggie Grace wears a terrible wig. Oh, and the secret to life, in case you were wondering: “The whole damn thing is about choices.” For instance, I am going to choose to watch the hell out of this movie.

Jared and Jerusha Hess, the duo behind Napoleon Dynamite and Nacho Libre, are also behind Don Verdean, a religious satire following Sam Rockwell as a “biblical archaeologist” who’s “scouring the globe in search of artifacts that back up the teachings of Jesus Christ.” When Don gets funding for his holy operation from a local preacher, he starts to do some shady shit to keep up with demand. Amy Ryan, Will Forte, Jemaine Clement, Danny McBride, and Leslie Bibb are getting their holy roller on, too, which makes this whole thing seem very promising. Amen.

Michael Showalter does more than just squeeze himself into tiny shorts. He’s also a director, responsible for 2005’s indie The Baxter, and, most recently, Hello, My Name Is Doris, starring Sally Field as the titular character, a 60-something who hopes she doesn’t “end up like one of those weird old New Yorkers who chokes on a peanut and dies and no one even misses me.” Doris is definitely weird—she feels most at home inside Staples and saves duck sauce in her refrigerator for several decades—and getting up there age-wise. But none of this detracts from her innate charm—or stops her from falling for a coworker much younger than her (Max Greenfield, in low-key Schmidt mode). We could all take a page from Doris’ seduction playbook, which includes creating a fake Facebook account under the name “Lilith Cumswell,” showing up to her would-be lover’s favorite concert wearing a rainbow visor, and asking to borrow rock star’s pencils.